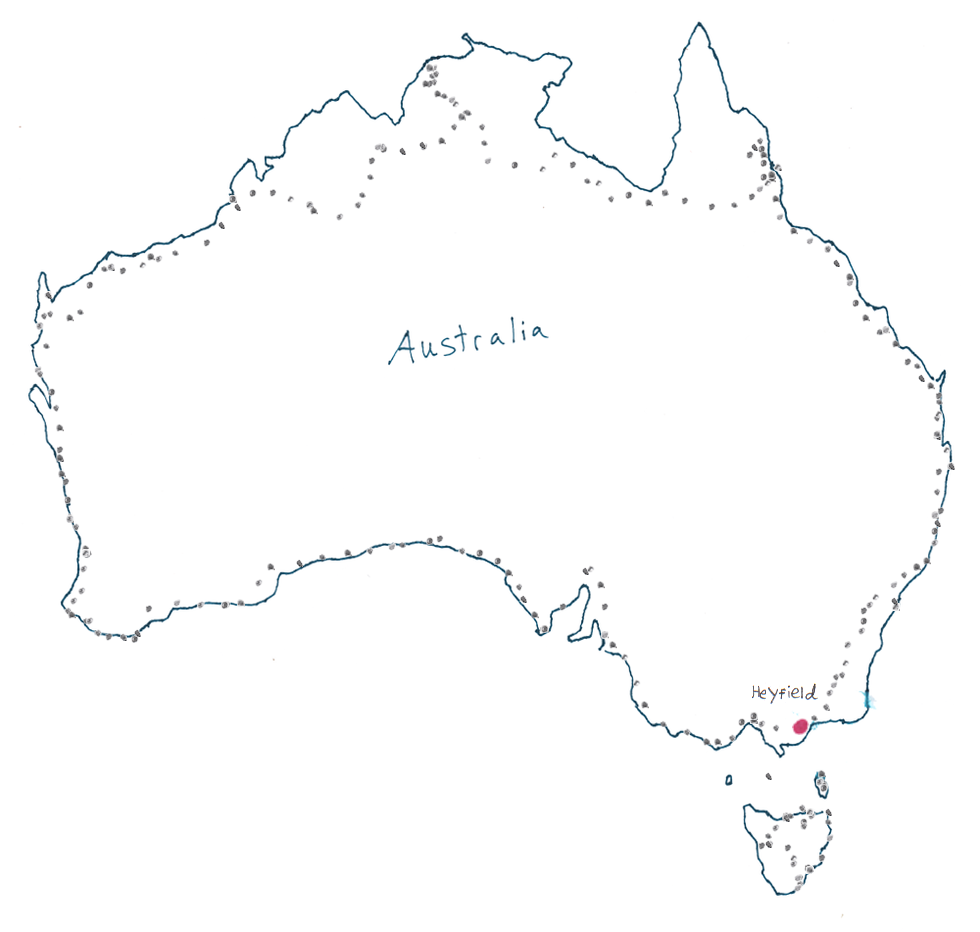 Today was a pretty good and uneventful day...

Was up and on the road at 6am. I had to ride a bit of the Princess Highway (the big one) and I wanted to ride it when there wouldn't be much traffic. I noticed a road off to the north of the highway which ran parallel to the road I was on; yet I knew if I took it it would dump me off in nowhere land. Had I bothered to look at my map I would have seen the other road. Oh well.

I passed this coal power plant (there are a lot in this region) and got some pictures. My front derailler cable snapped sometime afterwards. Thankfully I'm carring tons of tools and parts, so I was able to change it and be back on the road. Finally the effort of dragging all that crap around paid off.

I was getting water near a primary school in Tyers when an inquisitive 4 year old (or so) kid came up and asked me all kinds of questions. He said his name was Daniel, I told him that was my first name also. Eventually the primary school teacher called him over and I left awhile later.

It was a pretty fast ride all the way to Heyfield. I found an unsealed road on the map which got to Heyfield in a little more direct fashion. It was kind of nice to take a road off the beaten path for a change. At the very end of it there was water all over the road and I got some good photos.

Decided to just camp in the park in Heyfield and call it good. Looked at the guidebook and the next few days should be pretty good, though I don't know how the weather is going to hold out. It is clear right now, with Orion looking at me.