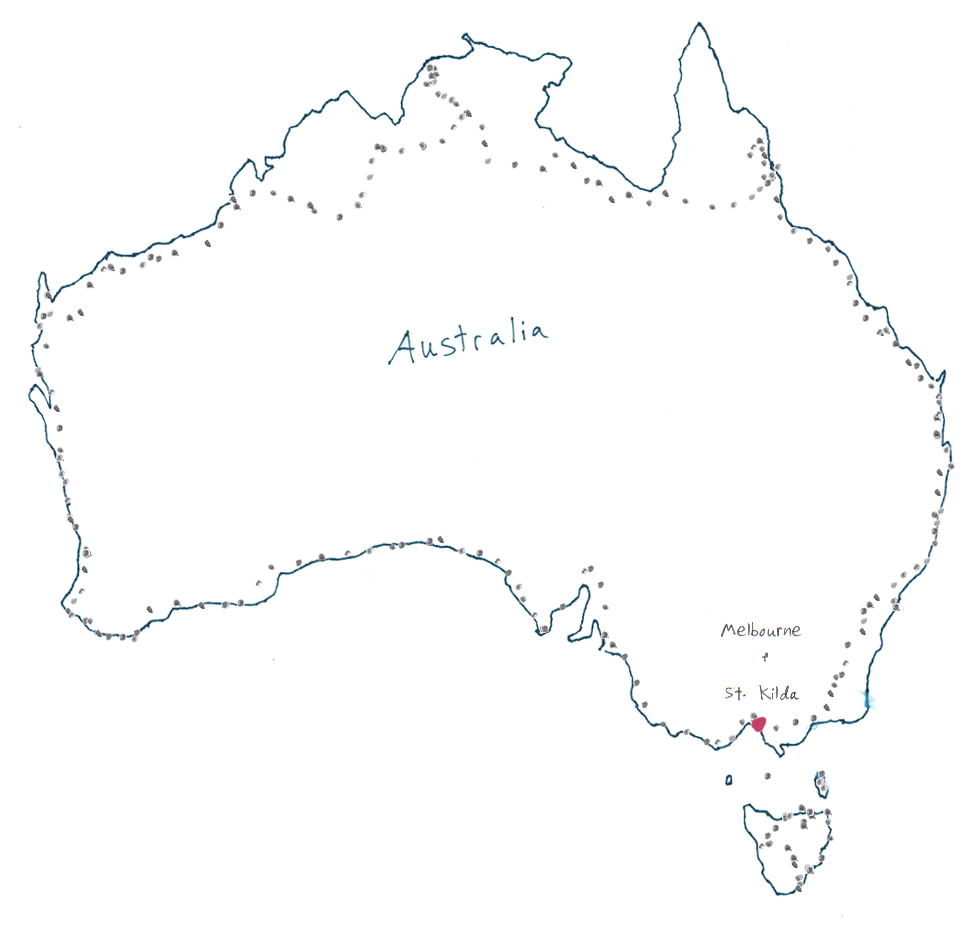 Made a journey to Melboune today. In January I put up a thing on the clock site saying that I was going to be in Melbourne soon. These guys Steve and Ross wrote me and asked me to drop by and get a couple clock pictures with them. Turns out Steve is just as big of a computer and snobby rock music nerd as me. Steve invited me his friend Danny's house who was having a dinner party. We got pretty wet in the rain on the way to Danny's. That was a lot of fun. Had a nice ride though the pouring rain back to the hostel, listening to X on the mp3 player.