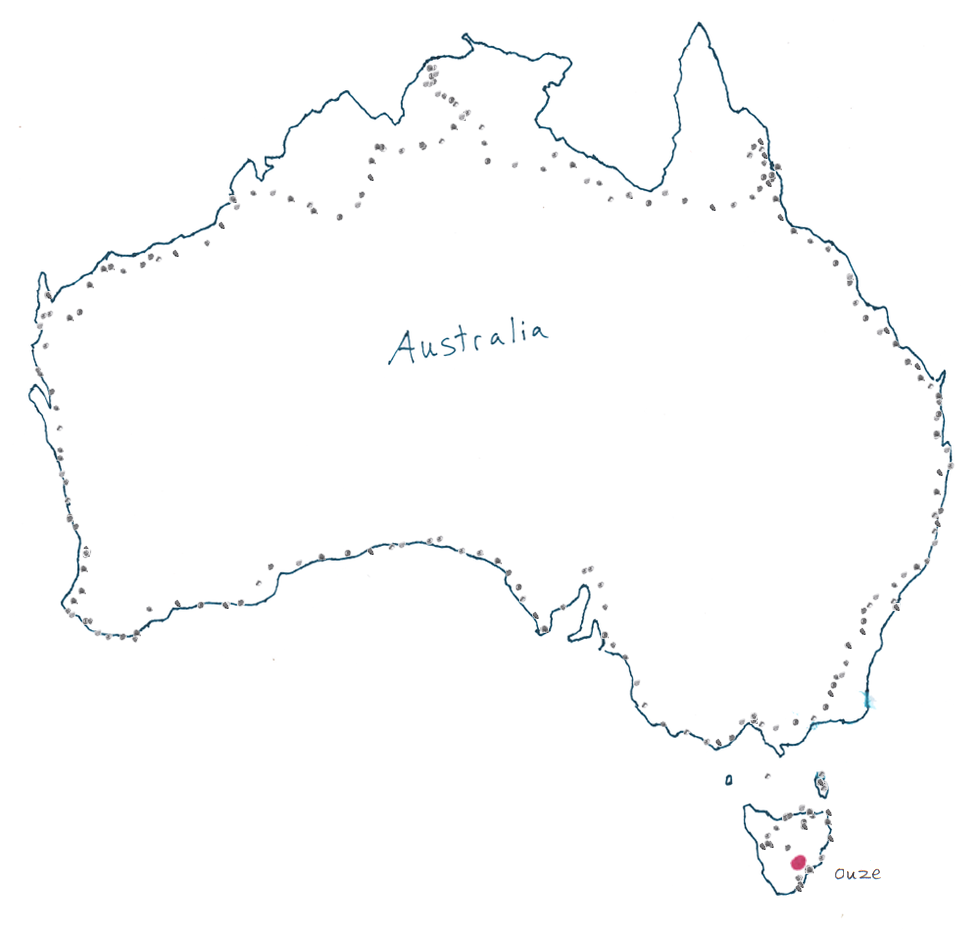 Walked to Russel Falls and then later biked a half-day to the town of Ouse (ooze). Found a cool campspot in a field. The campspot is part of the Tasmanian trail, which is a horse riding, mountain biking, hiking sort of path that goes across Tasmania.