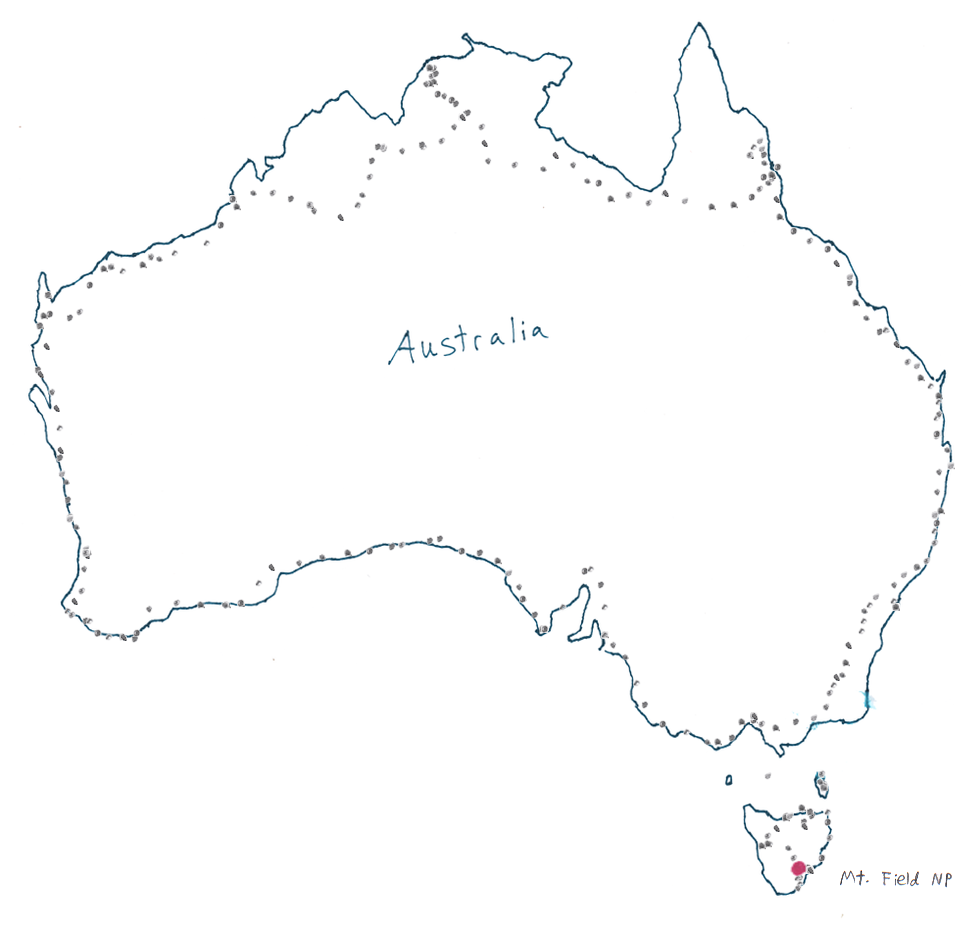 headed out of Hobart and had a nice ride to Mt. Field National Park, starting to head to the west.