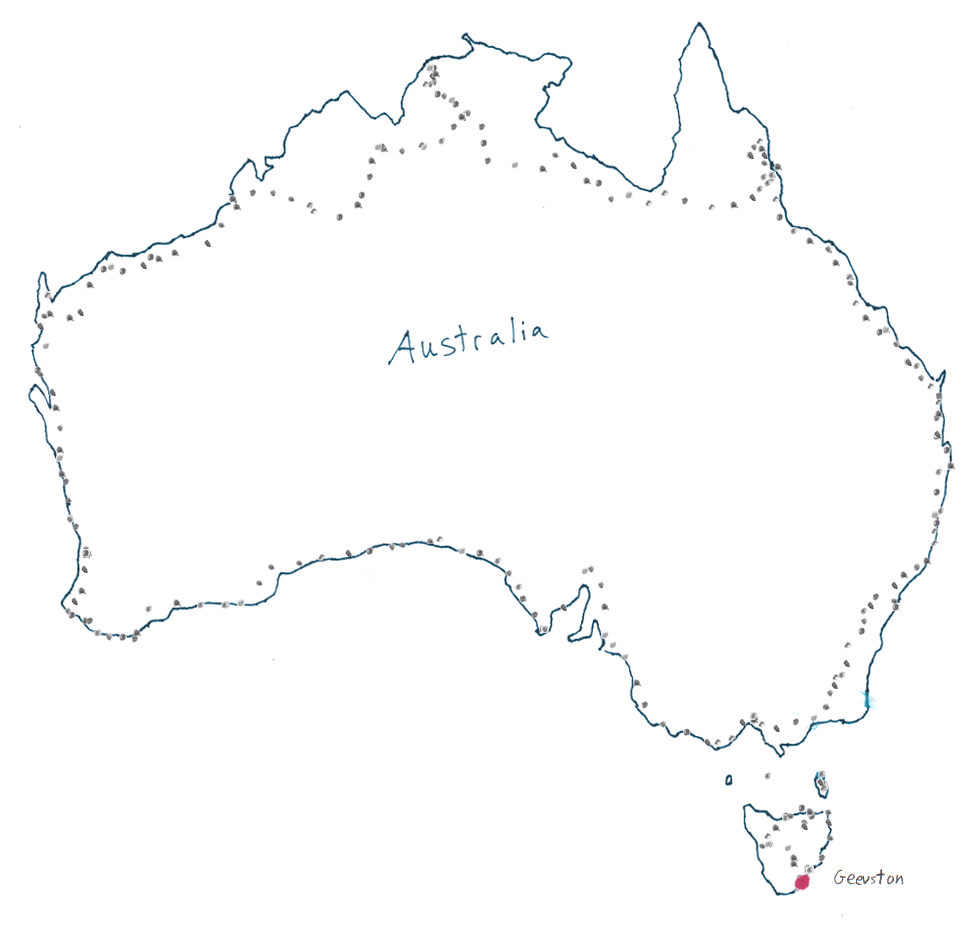 Heading back north, stopped at the backpackers place in Geevston, Tasmania. Ended up modifying a perl script for my room!