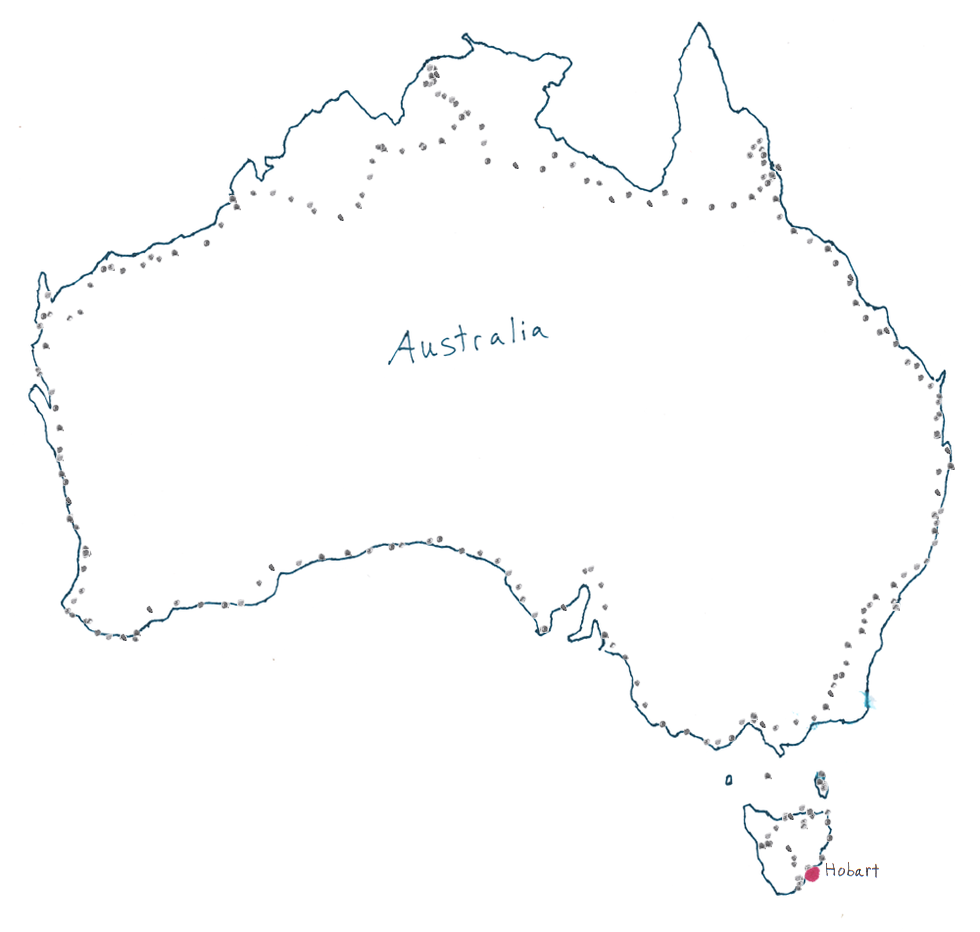 Was going to bike down to Port Arthur, but decided I wanted to go to the bottom of Tasmania instead, so I headed to Hobart.