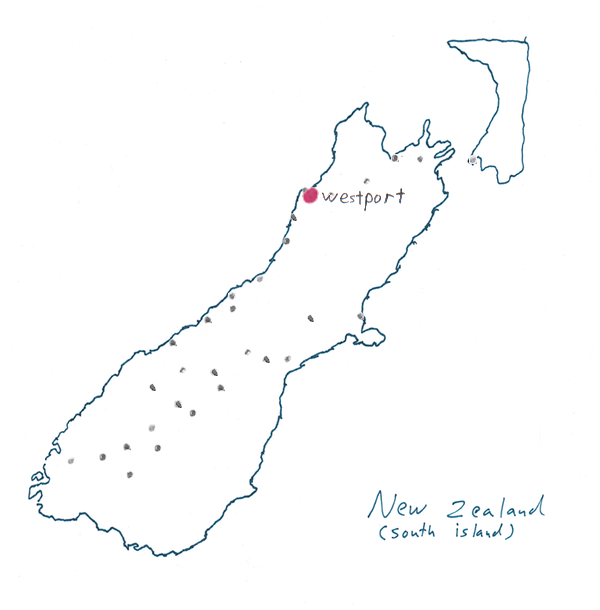 Took today off, good to catch up on everything. Had email to write, flight stuff to sort out, etc. Found out from a girl at the backpackers that the road I'd been riding on got closed a couple hours after I went though yesterday. Seems all the rain loosened up the rocks and they slid down and blocked the road.

I went to the store and then found out that Greymouth had a bit of a tornado...all kinds of corrugated metal hanging from power poles and stuff.

Heading out of town tomorrow...