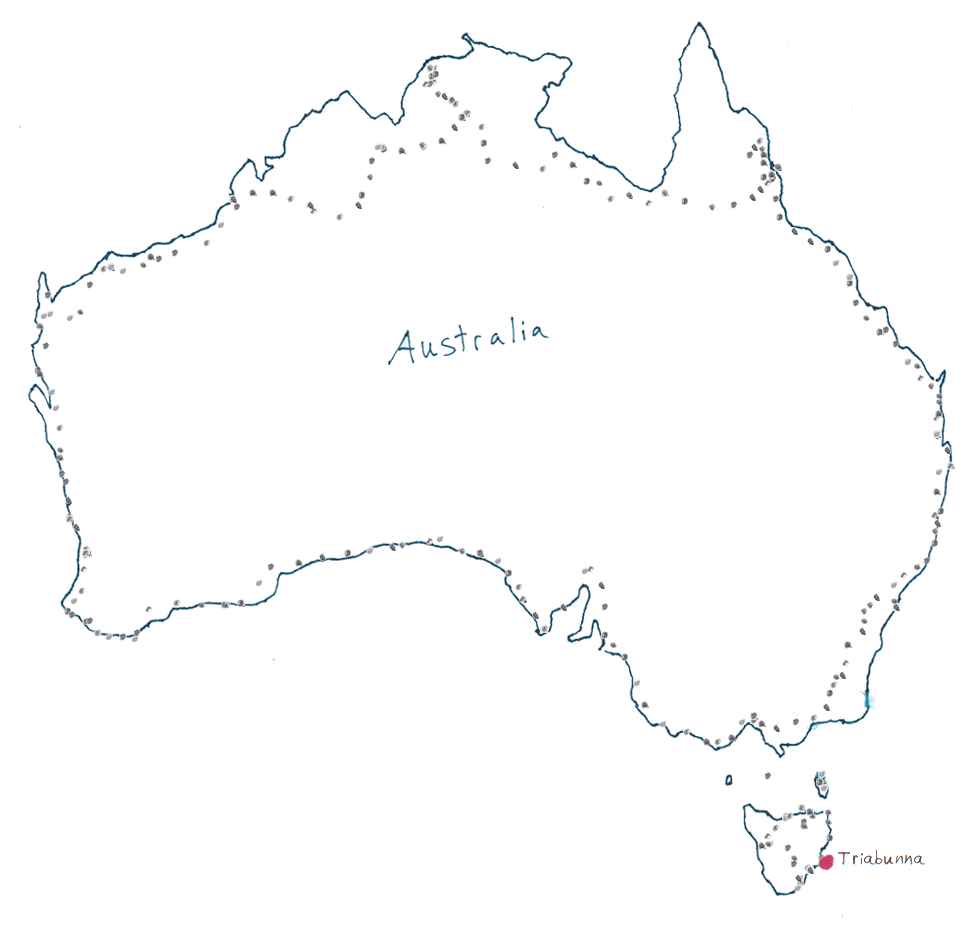 and further down the east Coast to Triabunna. I was told I needed to stay at the hostel there since the owners made cookies for the guests...sounded like a good deal to me.