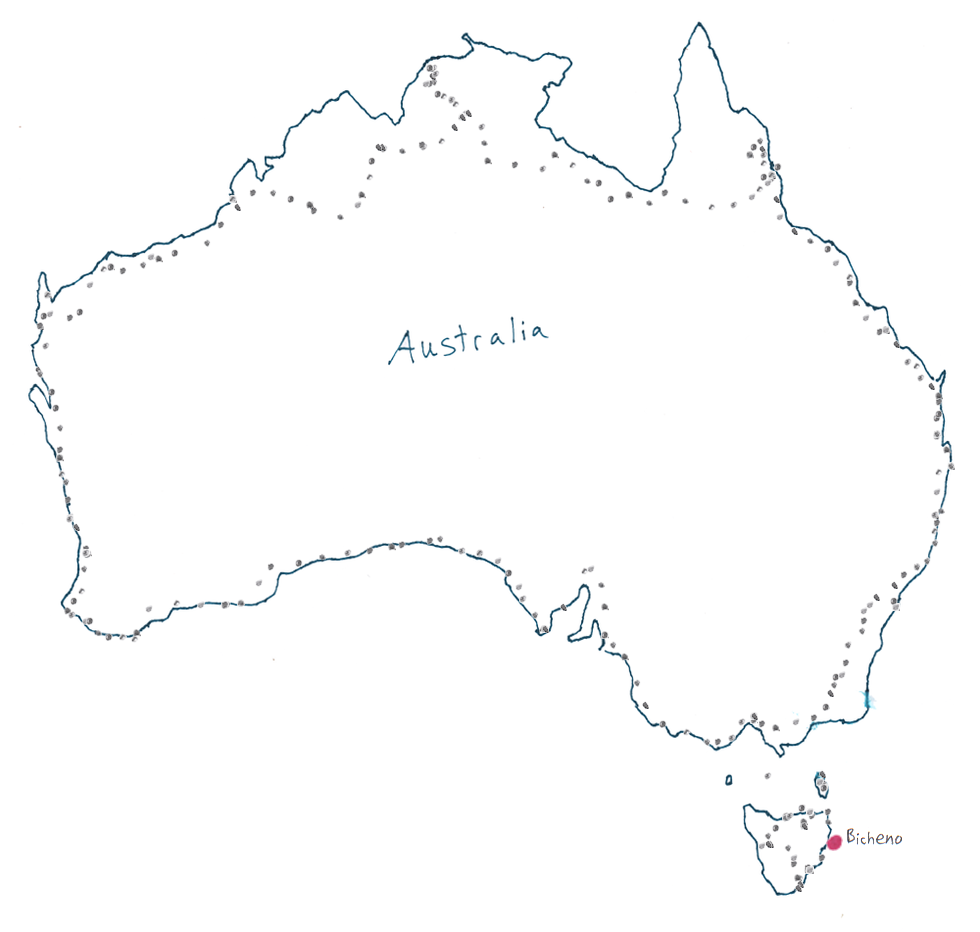 Biked on down to Bicheno, nice ride down the coast