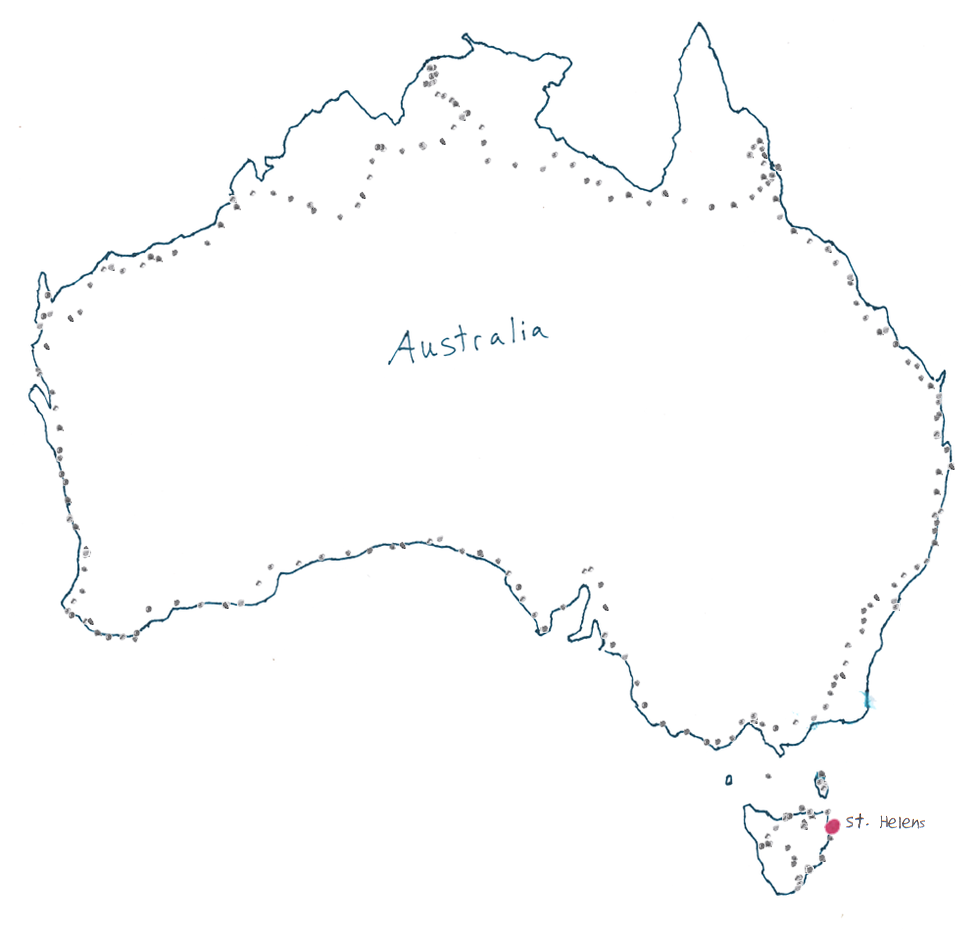 Biked on down to St. Helens. The road was really rough and I got three flat tires. Wasn't in the best of moods. I came around the corner and saw all of this grafitti sprayed on the road and I started laughing and it cheered me up.