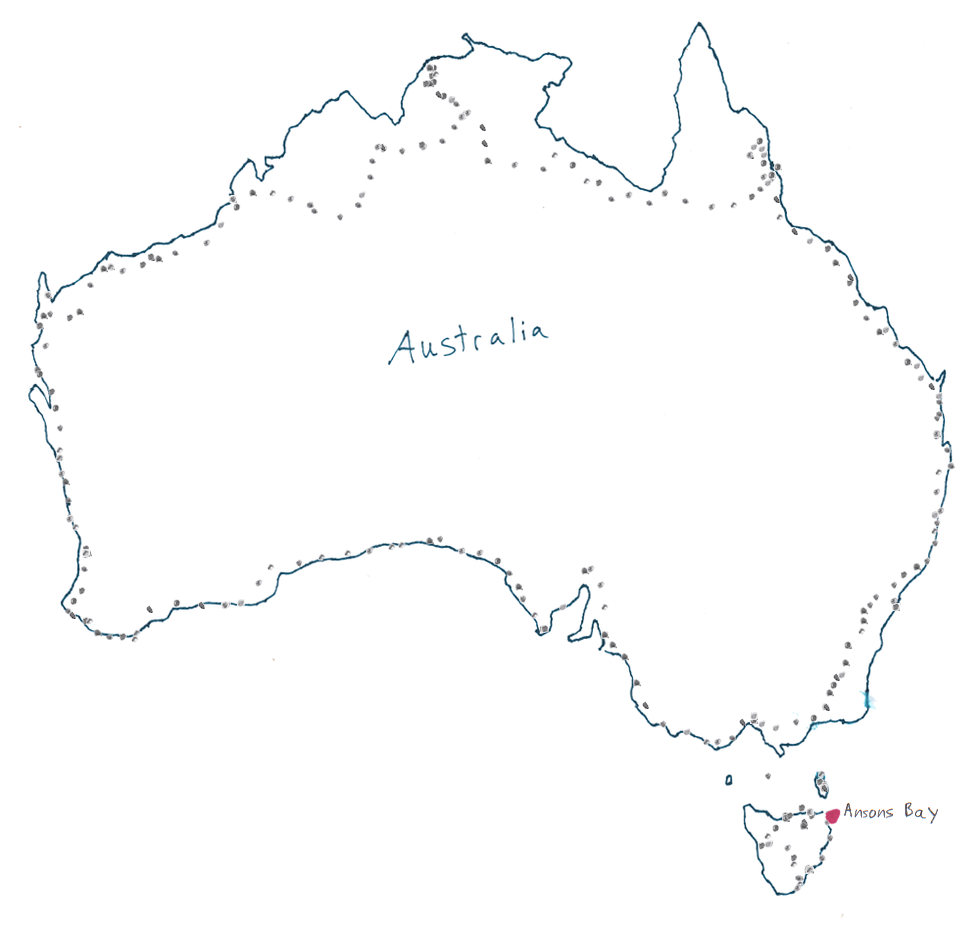 Hung out in Bridport and had lunch with Maree, then headed back out on the bike. Was a really rough ride through the northeast part of Tasmania. The road was entirely washboarded so I ended up biking at night for awhile. Made a nice little camp in the woods.