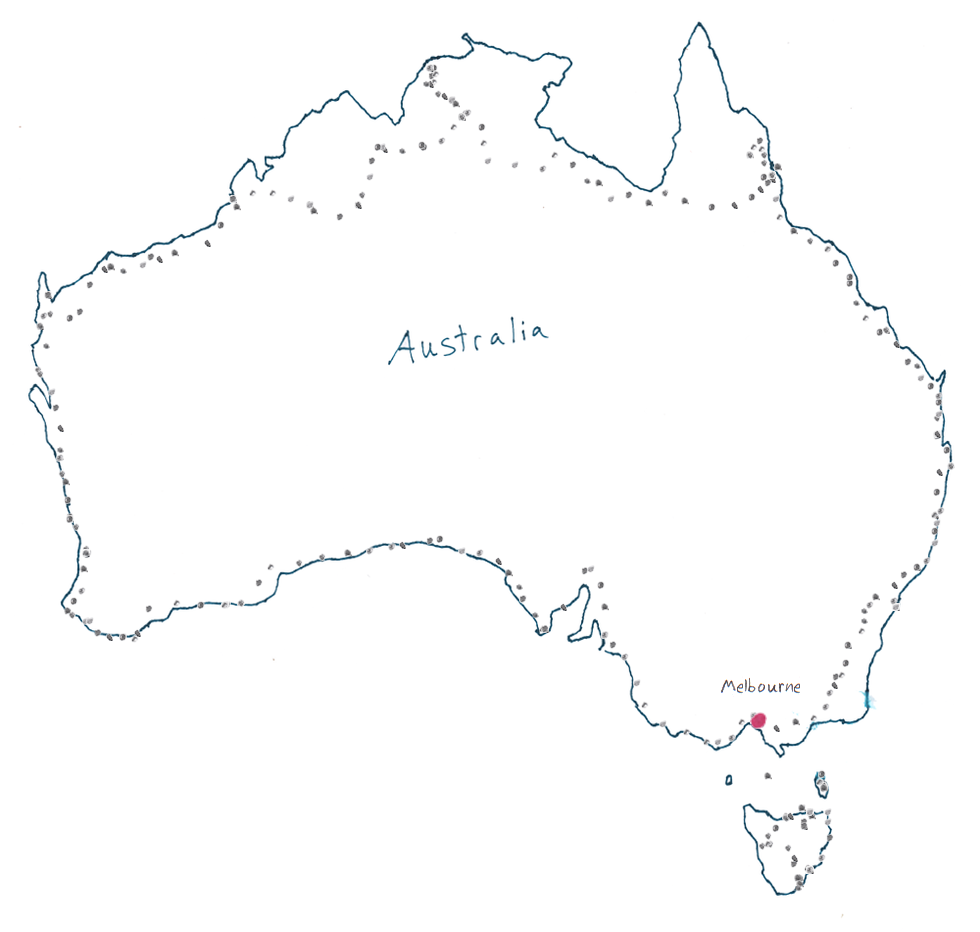 Today was quite a day. Spent the morning getting stuff done. Rufus came in for breakfast, so far he hasn't missed Mom and Dad too much from what I can tell.

Later in the afternoon I biked downtown. There was a big war protest going on of about 30-40,000 people. Followed that till the end, couldn't find Grubby. I decided to head towards Coburg and track down Grubby. I barely got a couple blocks and saw Grubby standing on a street corner right as he was yelling "lunky!" Now I didn't have to go home. Met up with some more friends and went for Chinese food. Went and got their bikes out of the van, then biked downtown to Degraves street where there was this big street party taking place. Grubby was riding this little bike though downtown, it was funny to watch people turn their heads as he rode by.

Beer was pretty expensive at the street thingy, so we walked up to the bottle shop and loaded my bag up with beer. I had the clock with me and started taking a few clock pictures. A guy came up to me and said "hey, are you sending in pictures to the site?" He said "what are you doing down here?" when I told him it was my website. (He's 9:10 in the photos below). That was kinda cool. Had a real fun time there. There was all this freestyle rappin', beatboxing, and dancing going on too. Got some really good video footage of a lot of it, just wish my dang camera could record longer.

We left about 1am and headed up towards Brunswick where there was this other party going on. As we were riding though downtown, I kept yelling at all the people on the street corner to cheer Grubby on since this was "his first ride without training wheels." The ride up to Brunswick was a lot of fun. A couple people crashed into each other and I got some great photos of it....I'll be nice and leave them off this website. The party at the warehouse was alright. Squirt guns going off and all that. Grubby and I went outside and found a bunch of stuff destined for the opshop. I nicked all the keys off a computer keyboard and started giving them out to people at the party. Also found a printer that I really wanted to swing around by the cord, but didn't want to wake the neighbors so I was nice and put it back. Ended up getting back about 3am.