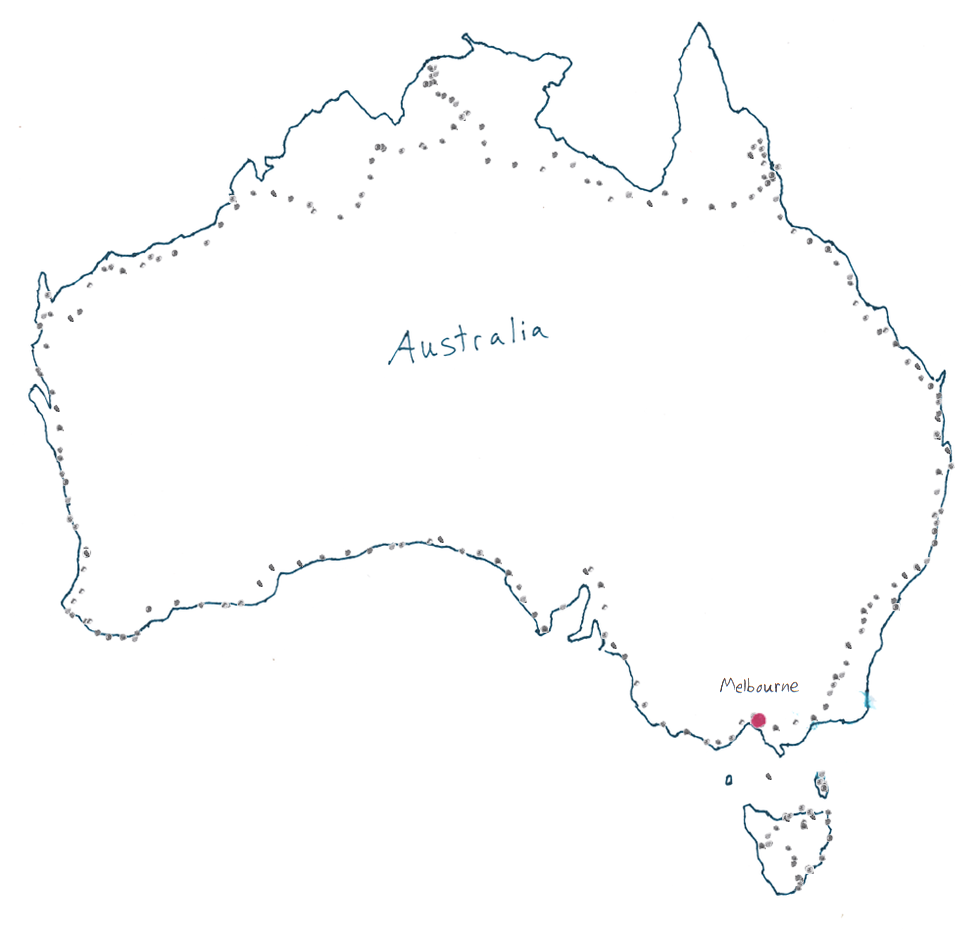 Maree went to class this morning while I packed. Got everything good to go and waited for Maree. She got held up at school so we were running a little late to the airport. I saw a roadsign indicating that the airport was 15km away and I thought to myself how it would take an hour or so to get there, then I realized we were in a car.

Said goodbye to Maree and was up in the air awhile later. On the flight to Melbourne, one of the stewardesses mentioned that the other stewardess was a contestant on the TV show "Perfect Match" (a sorta dating show on TV) and she came home empty handed...so if anyone knew of any single guys to let her know. To get her back, the other stewardess said that if you bought more then five dollars worth of stuff on the plane you'd get a free kiss from the other stewardess.

Landed at the airport and caught the first city bus I saw. Didn't really know where it was going or how to get back to town...just kept asking the bus drivers who sometimes had answers. The first bust pretty much took the same road that I took on February 4th, 2002 to get to the city. It was kinda wierd thinking about how much different everything is now compared to then, the stuff going though my head at each intersection and stuff. Honestly the worst part of the entire ride around Australia was the ride from the Melbourne Airport to downtown Melbourne.

Three busses later I was back in Coburg and Steve and Katrina's. Did a little bit of everything at there house, mostly tying up loose ends before I leave Australia. Steve and Katrina are leaving for the weekend so I'm house sitting for them. Despite their music collection, I can't seem to find any Bob Seger so I don't think I'll get to run around their house in my underwear lip syncing "Old time Rock and Roll" into a candlestick.