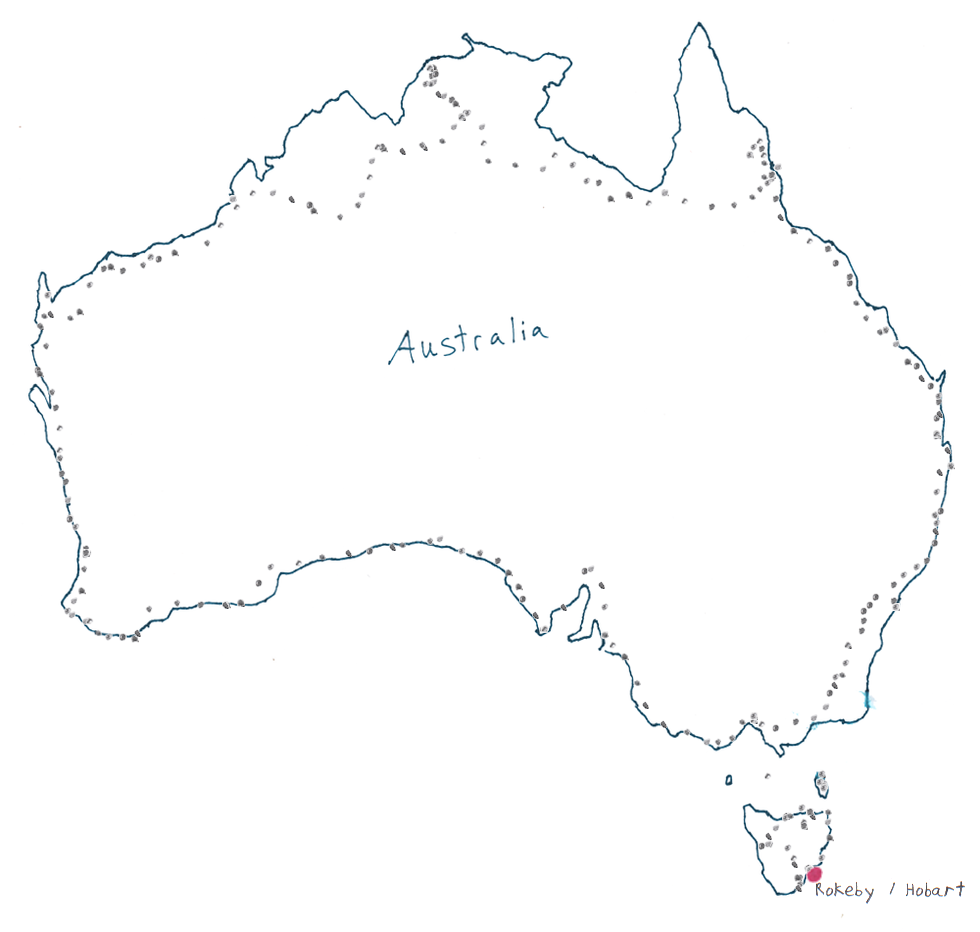 Went with Maree into Hobart. Today was the first day of her new job. We parted ways at the parking garage. It was kind of nice to have a day where I could really do whatever I wanted since most of my loose ends are all now tied up. I walked around a lot. Spent a couple hours in a nice little cafe working on the travel site. Ate more food. Found a Def Leppard poster from 1985 in a record store. Seems Georgie Bush got his way and is starting to Bomb the Crap out of everything. The talking heads now can't figure out if he is a War Criminal or not. Time will tell. It kinda bummed me out though. The world would be a better place if both Saddam and Bush both left politics. Glad I'm not in the US, cause in a few weeks I'd have to put up with all the radio stations playing Queen's "We are the Champions" interspersed with snippets of Bush's pro-american sound bites. ugh, it was bad enough having to listen to that in 1991. no more on this, this is a happy travel site where we all live in a happy world and nothing goes wrong.