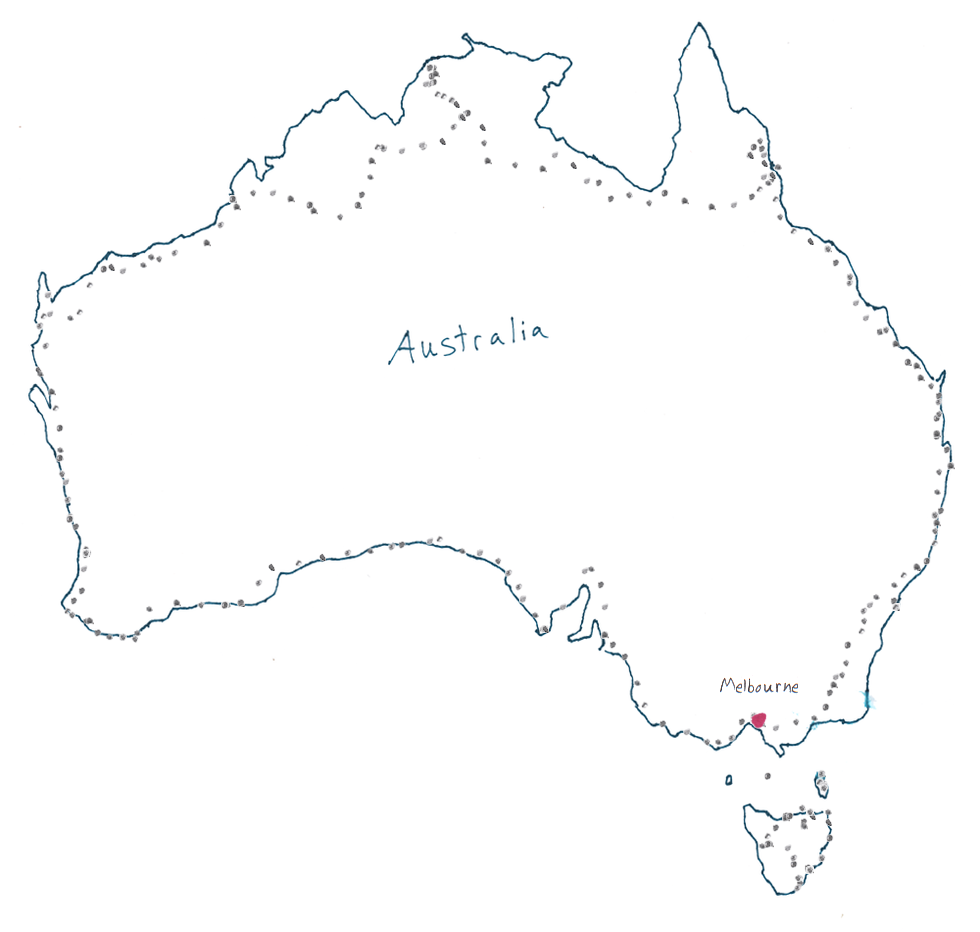 Steve and I went downtown to buy bread at the market (this bread is good, it is worth a 20 minute train ride)...and to look at java-enabled mobile phones. Since I was downtown I decided to catch the tram to St. Kilda to see Dave. Steve and I parted ways and I caught the wrong tram (i.e. the slow one) to St. Kilda.

I went and saw Dave, had coffee with him and we had a good talk. I couldn't tell him any good travel stories cause his response to every one was "yeah! I read about that on your travel site..". Stupid site keeps one-upping me.

Went to see Richard again tonight. Somehow I walked past the street the Rob Roy was on and ended up going on about a 3 mile detour walk. Ended up doing a very un-male like thing and asked directions. On the way to the Rob Roy I passed this mini riot type thing at the housing projects. Stuff was smashed and whatnot. I just walked straight though the whole area. The cops didn't stop me, since I was making a beeline to the show.

Walked into the Rob Roy and someone grabbed me on the shoulder. It was Grubby! We went into the show together. This show was good too, probably not as good as last night's though..mostly because it was a lot more crowded and Richard didn't do the full comedy routine. He did start a nice version of Neil Young's "Out on a Weekend", but forgot the lyrics and stopped.

Grubby and I went to his house and farted around on the computer the rest of the night. There were ethernet cabes running across the floor to every room in the house, cool, I'm in a house of nerds. Grubby showed me the spare bedroom, "Bed, Blankets, Internet".