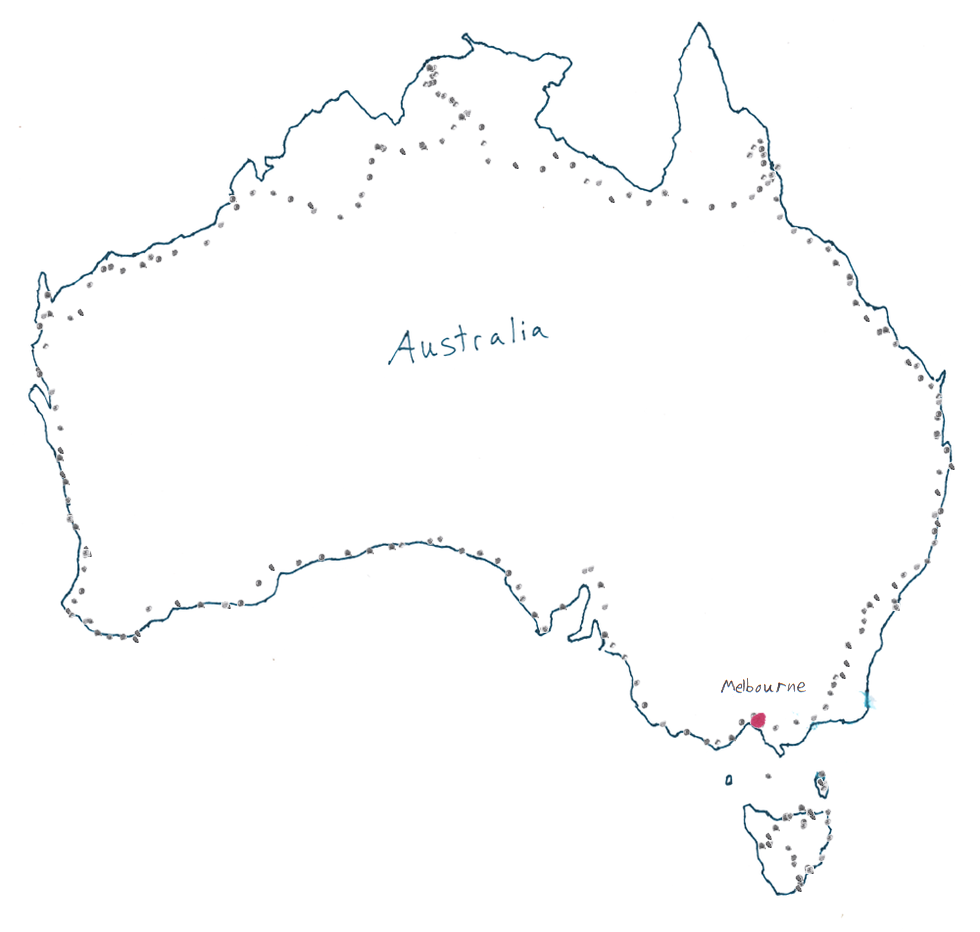 Duncan was in Melbourne today! He gambled on the fact that I'd be here in time for the Richard Buckner shows, he gambled correctly. I biked into town and we had a nice time catching up and eating and going to record stores and talking about bikes. (thanks for lunch man!) I came out of the store from buying blank CD's and his girly girl Al was on the phone so I got to say hi to her. Duncan and I said goodbye about three times (we kept running into each other on our separate ways out of town). I was glad it all worked out that he was down here at the same time I was so we could catch up again.

I got to the show and eventually Richard showed up before the opening band came on. I talked to the guy he was with to see if I could pop backstage into the dressing room. Went back to the dressing room and talked to Richard for awhile. Hadn't seen him in a couple years and it was good to talk with him and have a beer. He was interested in Tasmania and I told him a few crazy stories that happened to me in Tasmania. (that aren't on this website, heh) Met a few other people backstage too. Eventually I went out front right before Richard came on. The show was amazing, he opened with "Raze". The cool thing about this show was that he kept busting up jokes the whole entire show. One woman yelled out for "Here" which is a cover of a Pavement song that he used to do. He said he didn't remember it. She yelled out for him to learn it for tomorrow's show. "Are you giving me homework!?, I don't do homework!" he said. It was pretty funny. I wish I had a tape of the show, he is in definite funny mode that night. He closed the show with an acapella version of Fater, where he just went out to the end of the stage and belted the song out unamplified. I was glad Steve and Katrina got to see him end the show that way. It always has a nice effect on crowds. I've seen it a few times where the crowd is kinda noisy and this shuts them up pretty quick.

We headed home, boy am I tired.