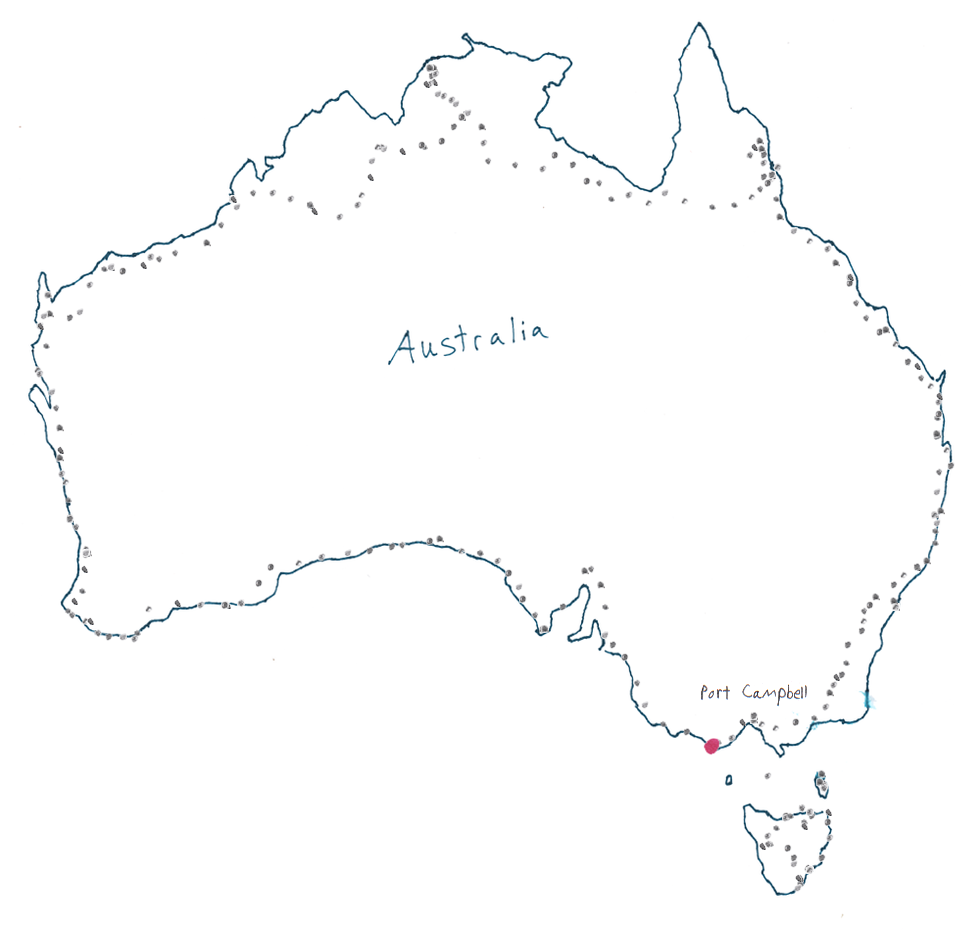 Too tired to write last night, but anyway...

Hung around the rest area for awhile, eating my rice for breakfast and working on the clock site. Rolled into Port Fairy an hour or so later. People everywhere. There was the folk festival proper, then there was all this stuff going on in the streets. There was this one band playing Applachian music, most of the band members had to have been younger than 16 or so. A lot of other folksies playing in the street, with many songs about Mr. Bush and Iraq. I walked past this puppet show where the puppets where talking about being scared because of Iraq. One of the puppets said that as long as they follow God then everything will be alright. A couple of girls cringed and walked off in front of me and I soon followed.

The ride to Warrnambool was uneventful other than me stopping at an antique store. Bought a large pizza in Warrnambool, ate the whole thing in front of the shop in about 10 minutes, so it came out to be a 59 cents a minute pizza. Continued on south into the headwind. Wasn't feeling to motivated but kept riding. The rain would come down for 30 seconds at a time and then stop.

Got to the ocean and went to one of the lookouts. The stacks out in the sea were amazing, caught them right at sunset. One of the most unique things I've seen in a long time. Past though Peterborough. Looked like a nice town but I couldn't really stay. Pushed it though the dark to Port Campbell, listening to a bunch of very long CCR songs along the way. All of the places had "no vacancy" signs up...not good. Found the hostel and they had one up too. I asked and they did have one bed available. Got settled in and went to sleep around midnight. Several drunk people came back around 2am making all kinds of noise. One guy forgot his key so he was knocking on the door.