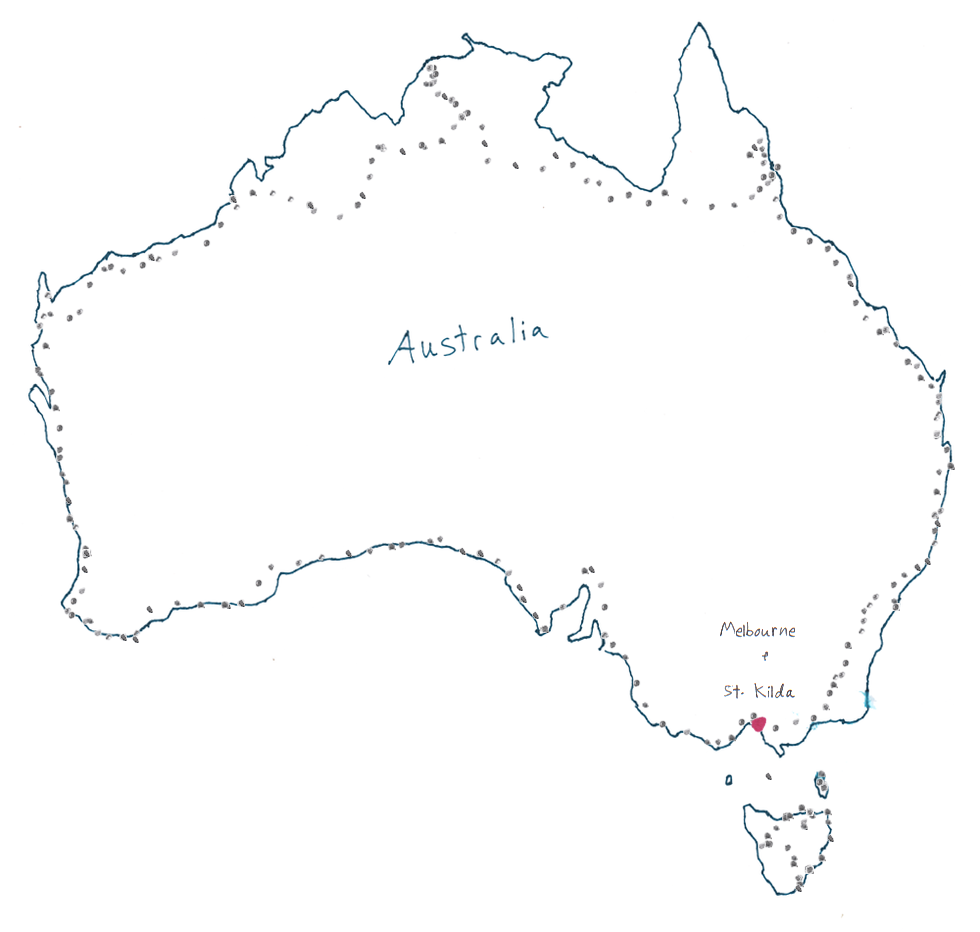 Looked out the plane window and there was Australia! We were passing over the west coast and I didn't want to see it...would rather see it from my bike as to not spoil the suprise.

Landed and made my way through customs. They are concerned with foot and mouth disease so the guy asked me about the tires on my bike. I said that they were brand new and had never been on a road. He gave me the first "no worries" I would hear in Australia, and told me to go through the green line.

Threw the bike back together and rolled out of the airport. Took forever to get it back together, mostly because I had to somehow get all this extra crap onto the bike...stuff that I would most likely get rid of. Had to stop are swap my rearviewmirror to the other side...they drive on the left here, forgot about that. Had a nerve-wracking ride through the Melbourne suburbs. Got my first flat tire before I even got into Melbourne proper. First days are the hardest, just like the song goes.

Eventually found my way to the hostel in St. Kilda (south of Melbourne) and went to sleep.