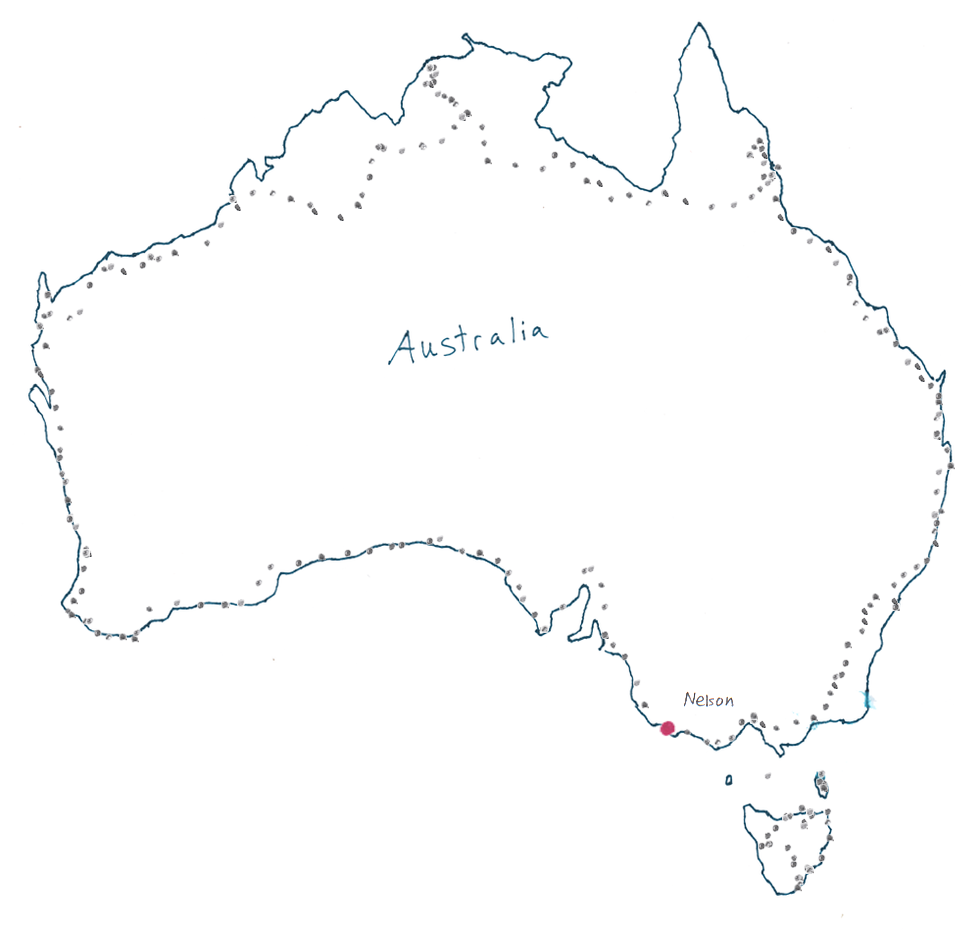 Was going to sleep in today but the tree above me contained about 500 crows around sunrise. "CAW CAW CAW". I eventually went nuts and started to scream at them and tell them to shut the fuke up. Every three seconds they would start again, so I kept repeating myself every 2.5 seconds. They never left so I just got up. Bird crap all over my tent...great.

Got into the town of Millicent around 9:30am. It was a lot bigger than I thought considering it still had somewhat small lettering on the map. Cooked breakfast at a park listening to Triple J. They had the guy on who made a documentary on human beat-boxing...was pretty interesting. Turns out this guy was also the kid in Ferris Bueller's day off who says "Oh no, Ferris is supposed to get me out of Summer School"

Left town, found a flurry of opened envelopes to "Millicent Feed and Seed" for the next few km. Met a cyclist from Holland...one of the first cyclists I've met in ages. Had a pretty steady ride into Mt. Gambier. The town was rather large. Bike tubes were $12.00, I think the bike store here wins the award for most overpriced bike tubes in Australia.

Headed out of town. Met another cyclist (two in one day!) from Germany. He had gone down the Pacific Coast of the US, even knew where Yakima was. I crossed the Victorian Border just before sunset. It was a little wierd to be seeing that sign again. Got into the town of Nelson and scouted out a place to camp in the bush. Called Maree in Tasmania, then came back to my bush camp here and made a yummy dinner (pasta sause, cheese, pasta, veggies, and chocolate chip cookies though the cooking process).