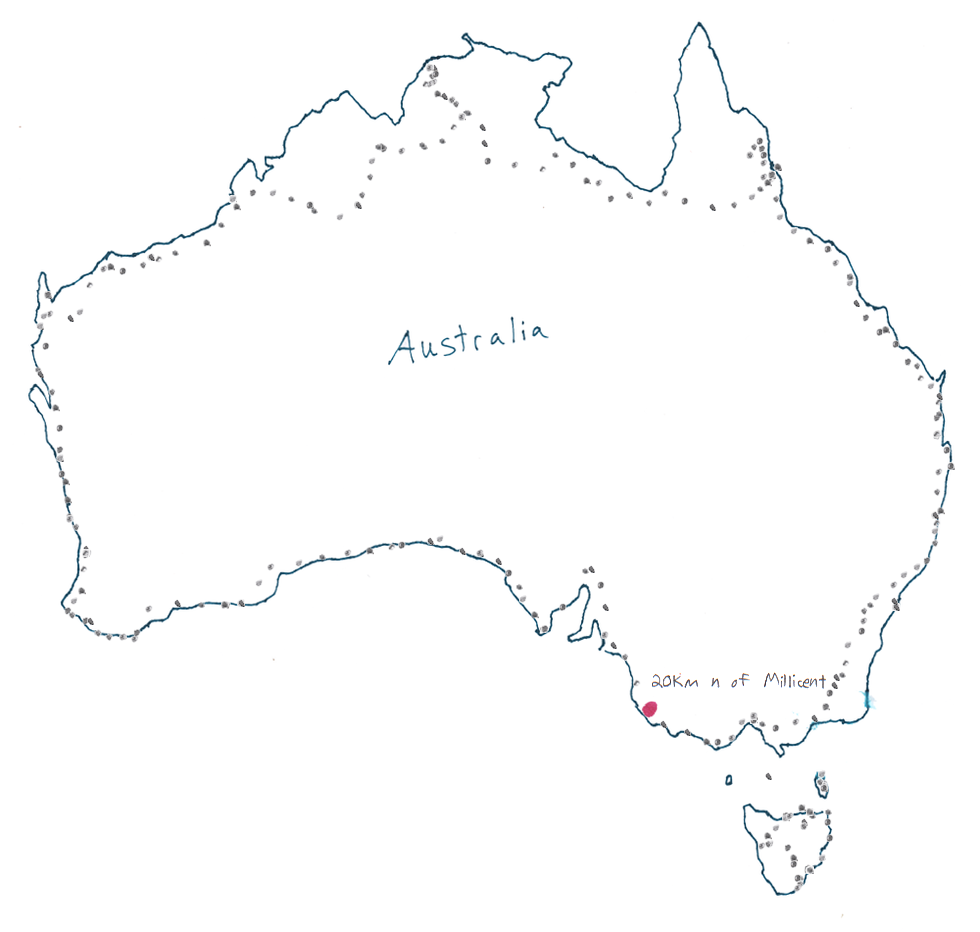 Woke up to the sound of sheep munching on grass near me. I got a couple photos from the tent. They are a bit timid and I ha to move slowly.

Rode the 20km into Kingston SE (dunno where the SE comes from). Took a shower at the caravan park (plus nearly eating a whole large package of cookies) and headed into town...feellng clean and stuff. Wasn't quite as giddy as Tom Hanks was in the movie "Big" after he got laid...but close enough. Got food at the store and went to the park near the beach. Cooked breakfast and read the paper. Went and did internet at the library. The library was adjoining the local school, so there were a few kids asking me where I was going and such. One kid said he wanted to bike around Australia one day himself. This is rare to hear...most kids are the total opposite. Internet there sucked...shouldn't complain since it was free though. Worst of all it had that Net Nanny crap on there. Salon.com was blocked. I tried downloading the Spoon River Anthology text and it blocked it halfway though. I went up to the counter and asked if there was a way to turn off the Net Nanny....I was trying to "read a classic piece of literature". She couldn't get the crap software turned off.

I didn't make it out of town until about 3pm...by then the headwind was going on. It made for slower going at times thus dragging down the mood. Stopped a couple more times and the sun started to go down. This is my favorite time of day to ride. The sun goes down, the headwind stops (thus mood improves greatly), then the sky turns orange and deep blue.

Rode and rode. I'm trying to make up some distance so I can slack a little on the Great Ocean Road. It was getting really cold so I had the hat and wool socks on. About 11pm my front tire went "Kaboom!" It is about time the tyre wore out, been carrying it since Kununarra (last October). Body started getting really cold. I stripped off my sweaty shirt an put all my warm clothes on. I didn't want the shivers to come on...cause that is when things get a little scary. I boiled water right by the side of the road. Changed the tire in the meantime. The tea, beans & rice warmed me up. Soon I was biking again, except the tube I used was messed up because it was losing air again.

Ended up finding a spot to camp out in a field near some trees. Dunno really where I'm at (well I'm 20km from Millicent, but dunno if I'm in someone's yard or something).