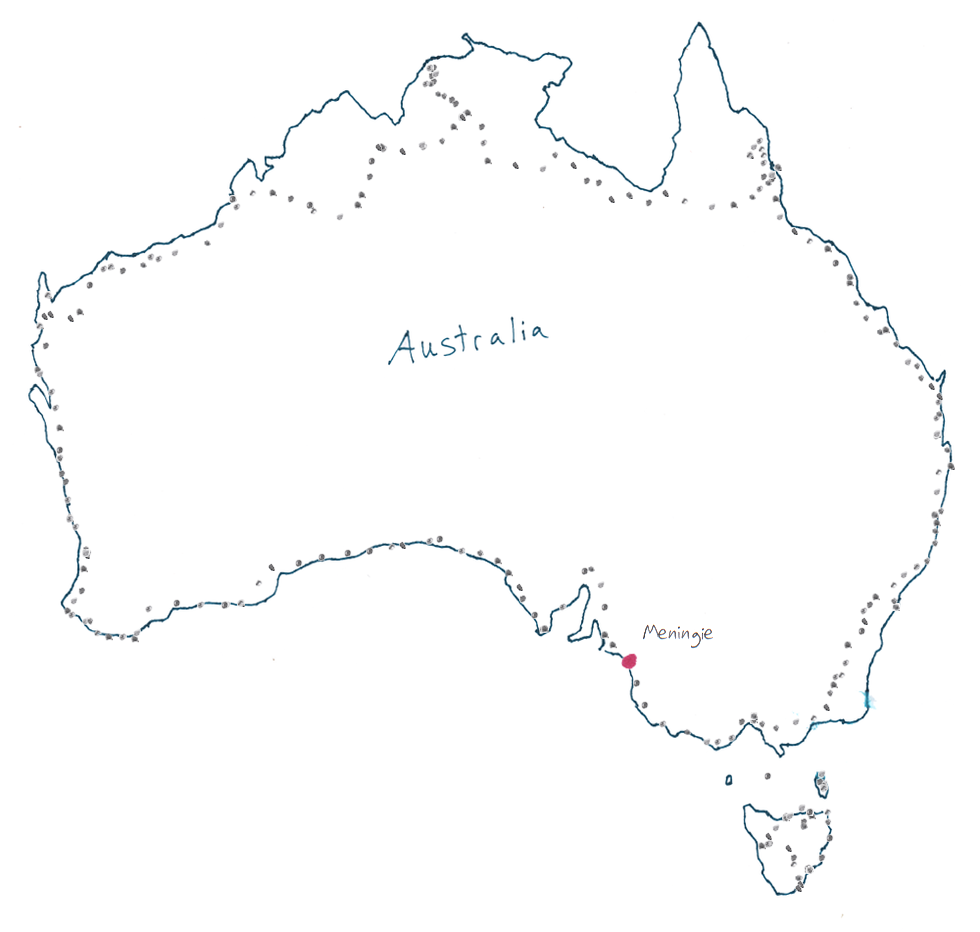 Woke up this morning and realized I was camped above a golf course. Woke up around sunrise because every single Cockatoo in Australia decided to take up residence in a nearby tree. SQACK!!! Ate breakfast there and headed out.

Morning was uneventful. Got to Wellington and did lunch there. There was this little park with a concrete picnic table that I cooked dinner on. Ants were everywhere! I couldn't put my feet down otherwise they would come right up my leg. I swatted a fly and it fell to the ground. About 5 minutes later the ants had dismantled about half the fly. I tried to take a nap, but gave up and headed out. As expected, there was a nice huge patch of green grass near the Murray River ferry dock. I ended up napping there a little just for the sake of it. Took the ferry across the river an soon was heading south on Highway 1...into the wind. This slowed everything down considerably. Most of the talk radio was dominated by people calling in and whining about the new reduced speed limits in Adelaide. I love how the city says it will be about a three month period to get the new (slower) speed limit signs in...yet people call in complaining that the old 60km ones are still up on such and such road.

Got into Meningie around 6:45pm..of course the stores closed at 6:30pm. Found a spot to camp outside of town...then came back into town to the park to cook dinner and type the words I'm currently typing. Called Maree in Tasmania but had to put her on hold since there was this most incredible sunset over the nearby lake. (check out this pics!)