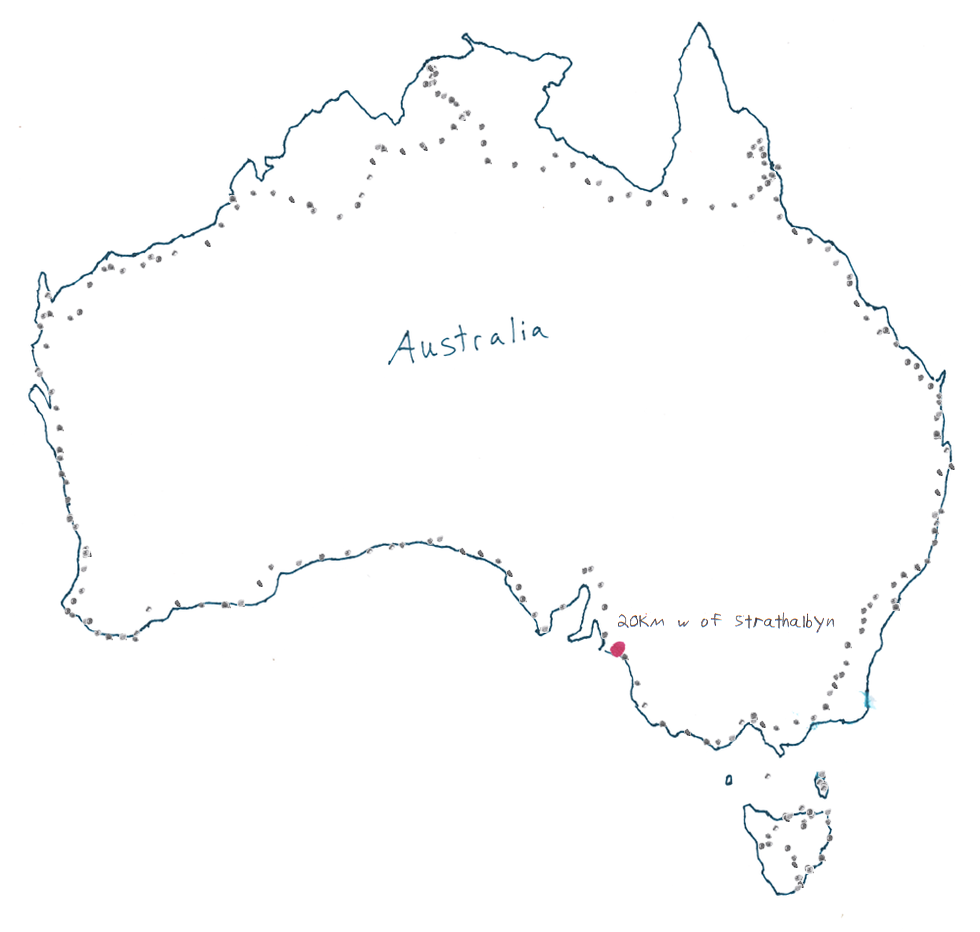 Had a nice breakfast with everyone and soon made my way out of the Henley Beach Pad.

The ride out of town was pretty typical. Weekend traffic everywhere. I was going to head all the way south and then cut over to avoid the hills that surround Adelaide. There was too much traffic. so I just headed east instead. Pretty soon I found myself climbing one of the steepest hills in recent memory. Climb climb climb listening to Public Enemy's "Fear of a Black Planet" album. Awhile later I was at the top of the hill. I really didn't know exactly where I was at that point, I just headed southeast. It was a nice ride downhill though. Twisting and turning all the way dowhill. The sun was starting to set an I stopped to get a photo of it. A truck drove by and the driver said "pretty good!" pointing to the sunset. Ended up talking to them for awhile, a nice couple from Adelaide named Pete and Jessie. They had a place about 15km down the road and said I could camp there. We talked awhile and soon I was off again. It was dark pretty quick and I missed the turnoff to their place. I was a little bummed but just kept riding. I looked at a couple spots to camp near the road, but neither of them looked to good. Eventually I found an abandoned road above a golf course and set up camp there. I want more cookies, I have no more cookies.