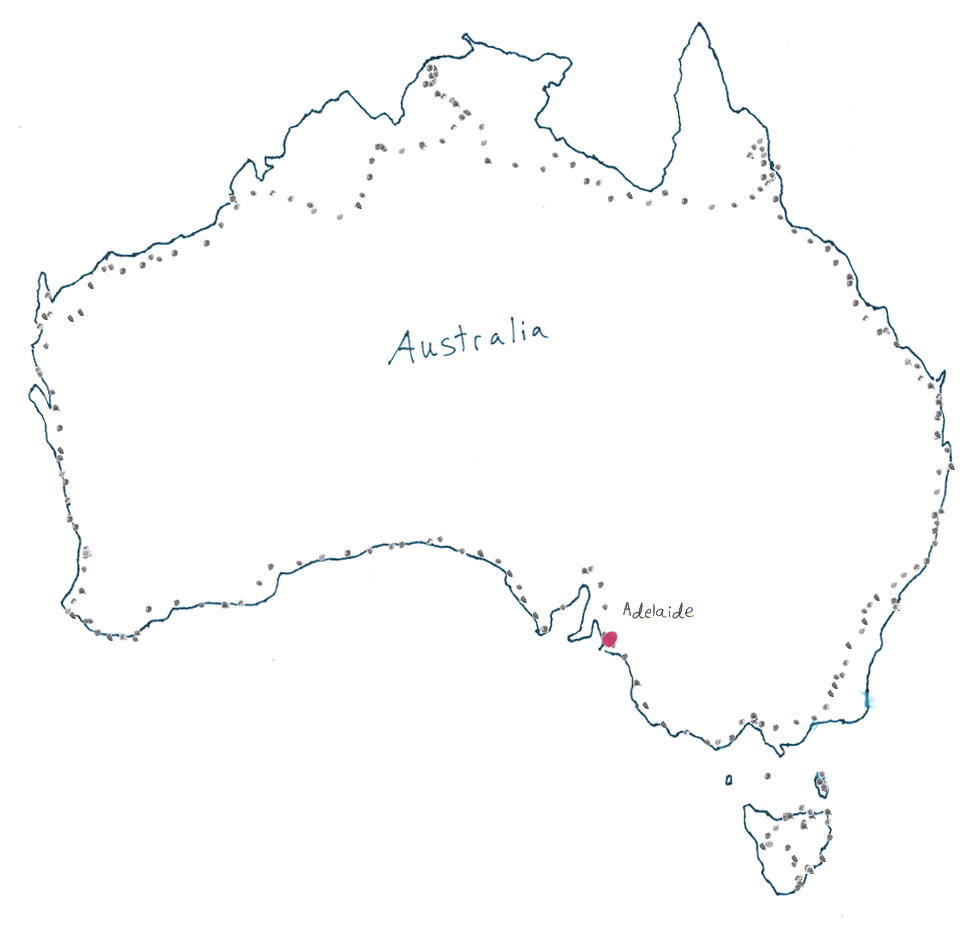 Spent the morning updating the travel site. Headed into town in the afternoon to mail it of and pick up some stuff waiting for me at the post office. The downtown post office was very impressive, the ceiling seemed to be about five floors up.

Got hungry and went past this chinese takeaway place for food. It was the end of the day and he tried wheeling and dealing me for the other two meals that were there. The price kept fluctuating both up and down. I said no and he just threw them in for free. I was going to save one for Jens, but my body demanded I eat all three. Hopefully Jens won't read this entry and see that I stiffed him out of a free chinese meal. (then again, it tasted like it had sat a good 4 hours under a heatlamp, so maybe I was doing Jens a favor after all)

Jens and I went out that night and ended up at a trendy nightspot called Supamild. There were a couple of these Eminem-with-visor-but-I'm-bored looking dudes sitting on the couch staring at the wall. I think they were going out of their way to act cool or something. I really wished I had the clock with me cause it would have made for a nice picture.

We took a taxi home, then spent another good hour talking and reading up on what Nicole Kidman is up to.