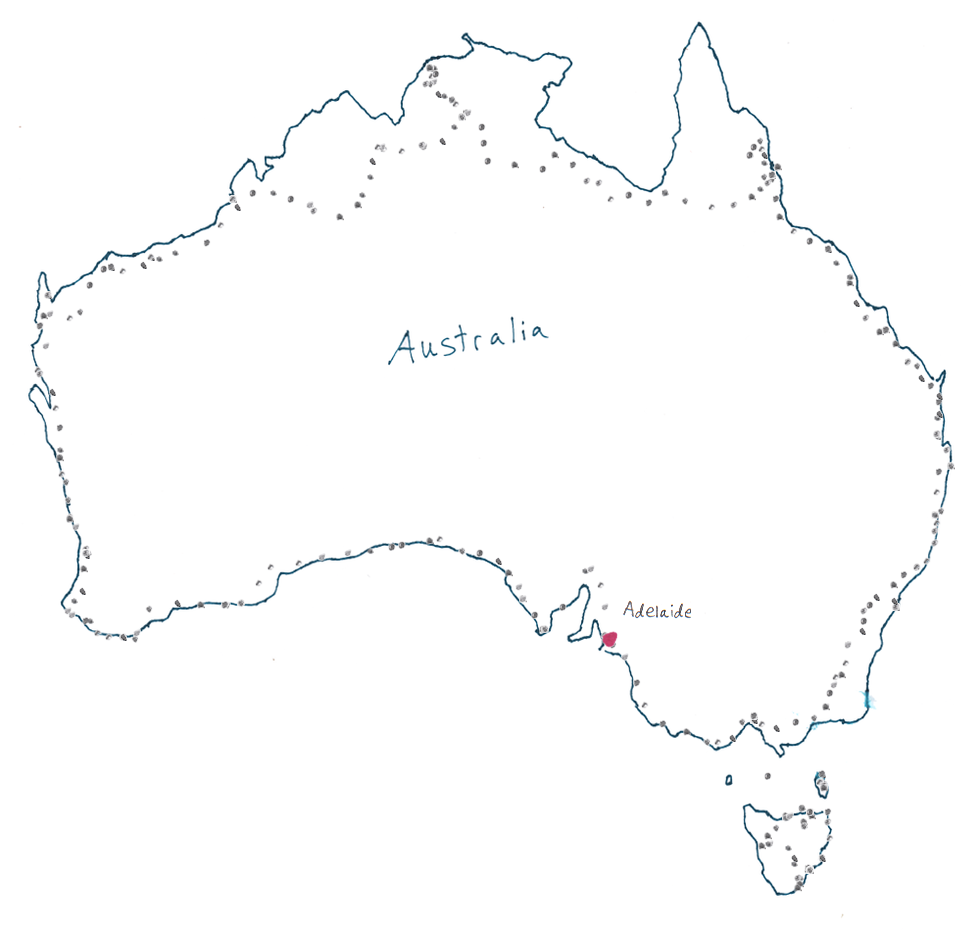 Woke up this morning to the sound of a vehicle driving right past my tent..wll, a few feet away at least. Then a road-service truck pulled to fill a tanker up with water. I pulled myself out of bed and packed stuff up. Ended up doing my morning breakfast/coffee there. Read my now-day-old newspaper. The radio had a good piece on stuff coming up at the Adelaide film festival, sound like some interesting stuff...maybe I'll leave Sunday.

Got into Balaklava around 11:30am. Hung out in front of the bakery eating bakery food. Talked to a couple people there and then headed out. Crusing along in a good mood listening to the Rolling Stones' "Some Girls" album. On a side not I always like the line in "Before They Make Me Run" about "...wasn't looking so good but I was feelin' pretty well." Rolled into the next town awhile later. There was a mom and her young son ahead of me in line at the grocery store. The son did something and the checker gave him a chocolate frog. "...and what do we say John?"

Got into Two Wells about 3:30pm. Needed to call Jenz to see where exactly he livved. Before too long I was going to be stuck in Adelaide suburban industrial sprawl. He wasn't home and the phone connection was bad, so I continued on. The road got worse and worse, traffic everywhere! I ended up giving up and just rode on the gravel shoulder most of the way into Adelaide. I haven't been in industrial sprawl like this since South Brisbane if I remember right. At one point it was just a concrete wall on my left and a large road train on my right. I just hoped and hoped the road train had room to get over, cuase I was squeezed inbetween both of them. Thw sprawl seemed to take forever to get trough.

Eventualy located a payphone and got ahold of Jens. He is living on the beach. Made my way to his place via a variety of sidestreets. Saw a lot of people out an about, but none of them seeme to reply to my "hello" response.

Got to Jens' place, he had a cardboard sign over the gate reading "8:15pm - Glebe Village (Adelaide Version)". I laughed at that one. Jens is a guy I met at the hostel in Sydney around May 2002. We'd just missed each other in October up in Broome, since he and his girlfriend left town about two hours before I rolled in. Ordered pizza and drank beer on the front porch, the dark ocean moving this way and that way.