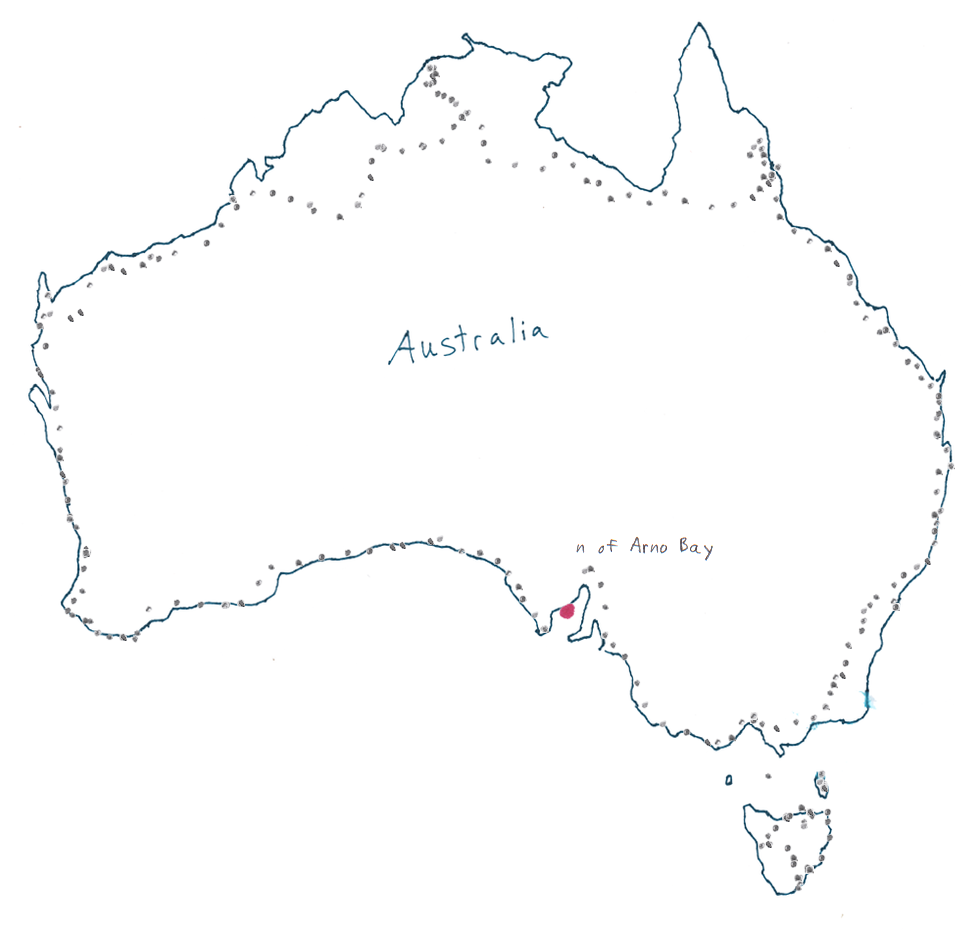 Ended up reading a little last night thus I ended up sleeping in again this morning. Had breakfast with Kingsley and Raelene...then Raelene headed off to Port Pirie. We all said our goodbyes and I ended up heading out of town a little after 9am. Nice to finally be riding into a tailwind. I'm heading up the eastern side of the Eyre Peninsula now. For awhile this morning I was averaging double what I had been doing on the way to Port Lincoln. Stopped in Tumby Bay and ate lunch by the water. Rode about another 10km and saw a picnic table...I needed to catch up on some sleep. Didn't really fall asleep, the wind and the flies were a bit too much to handle.

The next 80km was more or less uneventful, other than finding three license plates. I haven't had a day like this since the Pilbara in Western Australia. Talked to a couple guys on Harleys pulled over on the side of the rode. One had a broken ignition wire and was fixing it. Turns out these were the only two people I talked to on the ride today.

Was going to do a 170km day, but cut it off at 130km when some bushland started again. Decided I'm goint to catch up on the sleep and see if I can do a 200km day tomororow. Looking to be in Adelaide on Thursday or so, then take clock pictures at this school on Friday. Flies are still everywhere thought they are gradually going to bed as the darkness creeps in. There are a couple huge crows in a tree nearby...just looking at me.