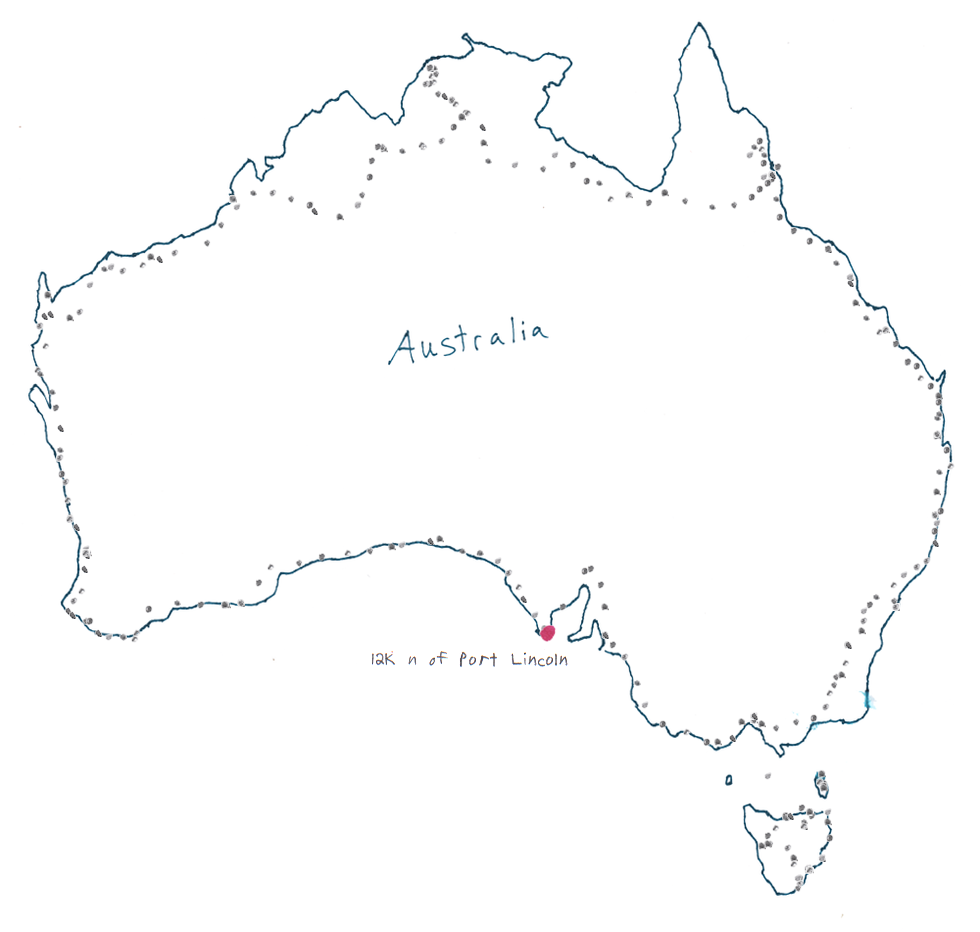 Today marks the one year anniversary of the bike tour proper. A year ago today I left to go from Devonport to Launceston. Kinda hard to belive it has been that long, then again, it is a bit of a blur.

Got up and going around 9:30. The wind was blazing from the east. I was in a pretty good mood though despite the fact that I was crawling along in second gear on flat ground. Stopped in Coulta at this cute litte cafe. Got some food there and read the paper. Seems 100,000 people showed up to demonstrate against the Iraq war in Melbourne, wish I could have been there...but that would have made me probably guilty of treason or something.

Continued on, kept raining off and on. When I reached Wangary I stopped at the little store there. Got more food and repacked the bike into "rain mode". Ate almost all of my cookies in front of the shop. Doh! Some guys pulled up and went into the shop, I said hi to a couple of them and they just smiled. Awhile later one of the guys comes over to me and asks how the trip is going. He also asked "have you been collecting things on your travel". Hmm, haven't had this question before. "Stubby holders, stickers, and postcards", I said. We talked a bit longer. Then he pulled something out....ack! A Jehovah's Witness publication. I pulled back a little in shock. He asked if I would "like to read this." I said no thank you...already read them before. "You mean you don't want it?". "No...I don't". He turned around and walked off, I guess I'm useless to him now. I really didn't feel like having some publication that picked apart every other religion. I've actually read enough JW publications left at caravan parks to be more scared of the JW beliefs than enlightened. Enough of this...they drove off after awhile.

I moved along down the road into the brutal headwind. About 12km out of Port Lincoln there was a little camping area in the pine trees. I worked it out and it didn't look like I'd make Port Lincoln by 5:00pm, so the welding and bike places would be closed, so I might as well stay here. It was kind of nice knocking off earlier than normal. Camped in these trees makes me a little homesick. The wind moving them around reminds me of camping in the Cascade Mountains of Washington and Oregon. Spent a large chunk of the night (two batteries worth!) working on an idea for the clock site...haven't coded up a storm in awhile and tonight seemed like a good time for it.