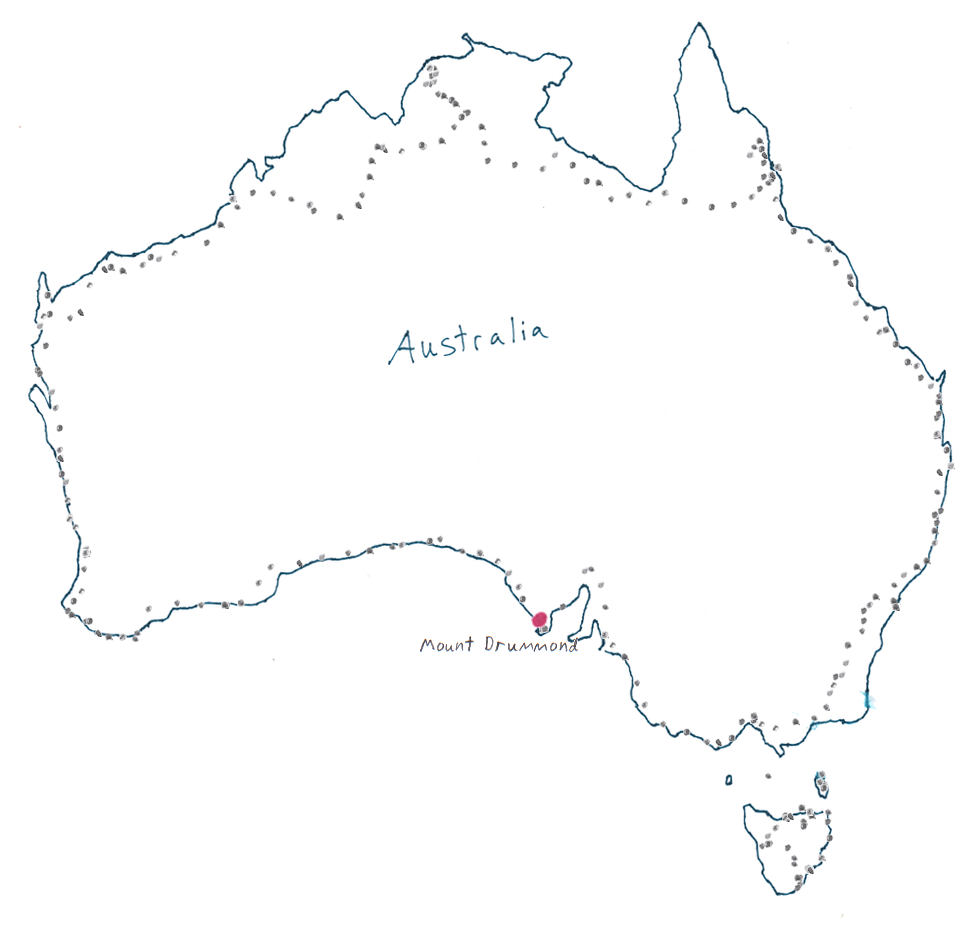 Woke up areoud 9am, a lot earlier than I thought. Got cleaned up and packed up. Headed out around 11am. On the way out of town I ran into M.V, he pulled over to my side of the road. How convienent in that I didn't get a chance to say goodbye last night. We talked a bit and I was soon on my way. Had a bit of a headwind, but I really didn't mind since I wanted to ride. Whole ride today was pretty uneventful for the most part. Towards the end of the day I passed though Mt. Hope, which was basically just a community of about 10 homes. I had stopped for a second and when I got going again I glanced back...there was a guy on a bike right near me. I jumped a little...since I didn't expect to see anyone on a bike out here. Turns out he was just biking his daily 16km loop. I rode about 5km/hr faster with him and wasn't even feeling it. Funny how you can bike a lot faster if you just have someone else to ride with. His name was Roger, basically just a surfer living up here. Was out on the bike today just to get out of the house. A turnoff came up and we bid goodbye, then I was on my own again. Rode another 10km or so and found a spot to camp in the bush. Going to try and get to Port Lincoln earlier than normal tomorrow so I can hopefully get my frame all welded up. Right now I need sleep, body still knows it got short-changed 4 hours and it is going to be payback time soon.