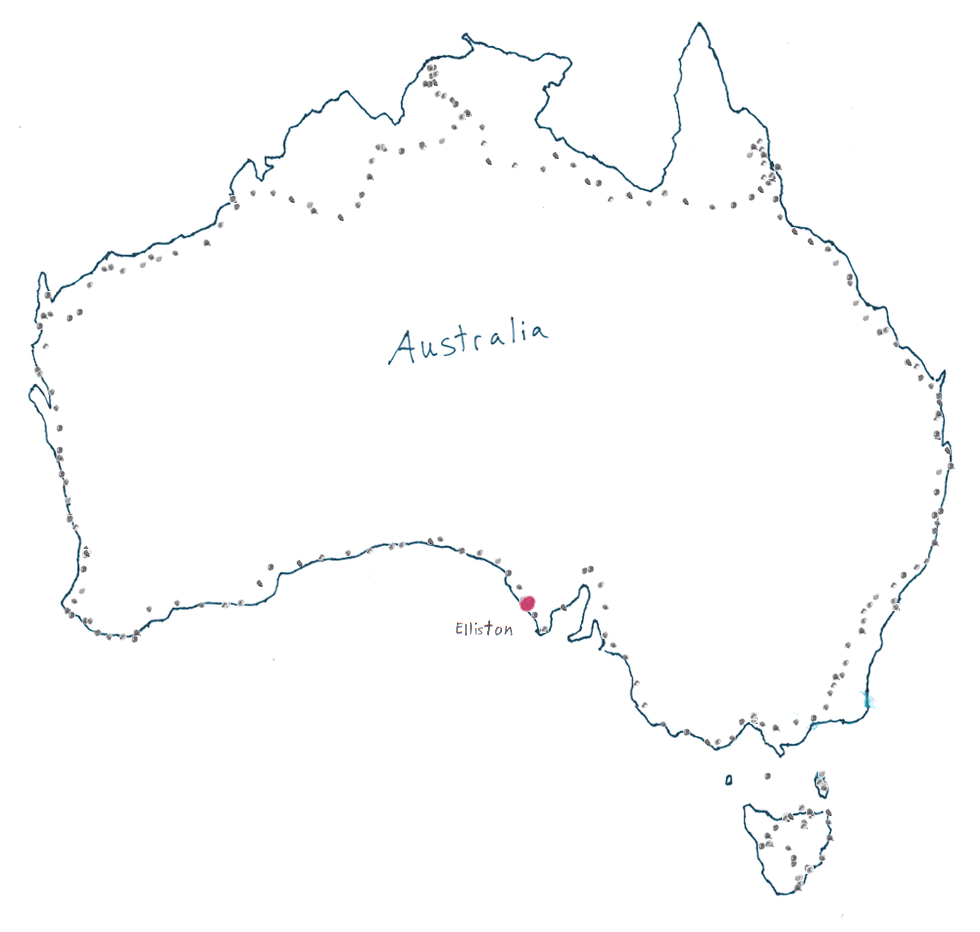 Up till midnight last night answering email...hence body refused to wake up until 9:00am. Was feeling kinda groggy for the most part. Hung out at the general store for awhile and called Maree. Headed out of town around 11:00am. The ride was pretty nice for the most part, no real wind or anything so it was pleasant. The only bad part were the flies, flies flies flies. It was pretty hot too, about 105f out. I stopped to refill my camelback and kill some flies. Only got about one. At about 3:00pm the wind came up as usual...making the last 10km into Ellison a bit tedious. I decided I wasn't going to go any farther today, because I never really have had a decent ride in a headwind...so I might as well take the rest of the day off. Everyone here in this town is pretty nice. Even the little kids all say hello. Ended up going to the caravan park, the woman was pretty nice. She said if the storm came in I could just move into the kitchen to stay out of the rain...cool. The grocery store has some sorta contest where you guess in what square the horse (out back?) is going to poop in. Raises money for chairity I guess.

There is a bakery here in town, so I'm having a Friday Night rock star meal of a big Calzone and go to the pub later. Maybe tomorrow I'll be up early, but I doubt it.