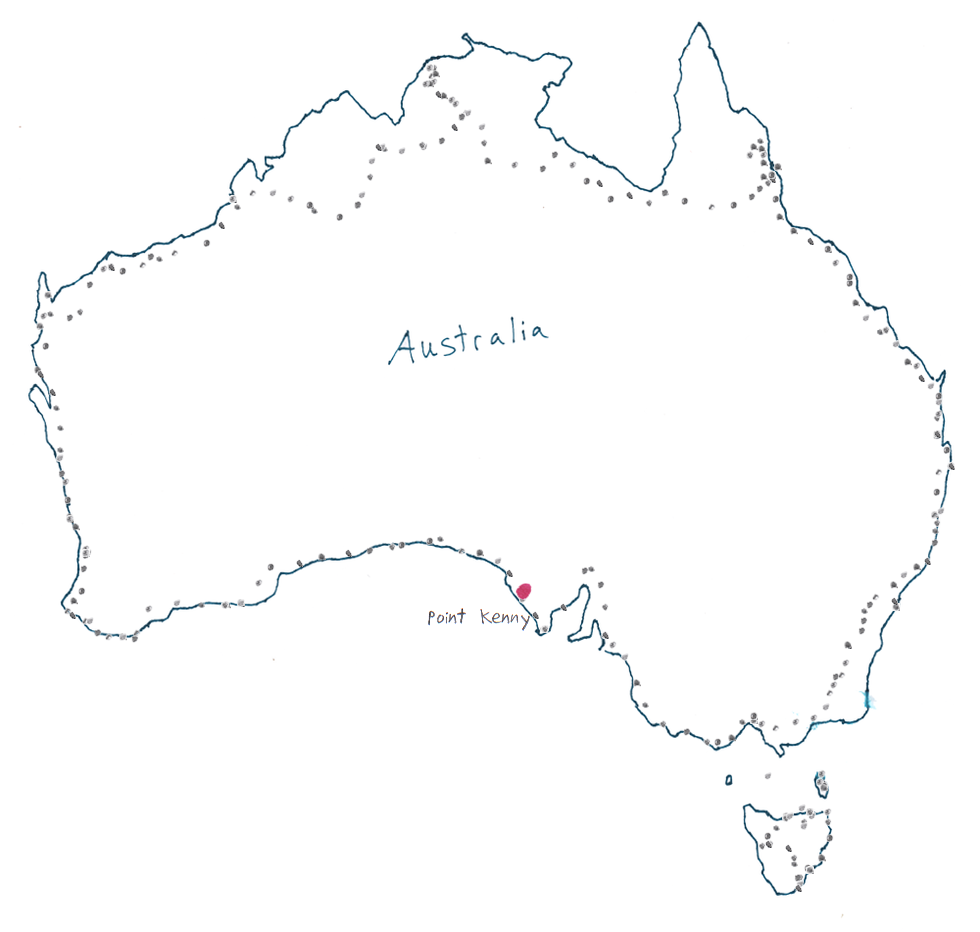 Techinically today is my one year anniversary of riding. In that I mean I rode from the hostel in St. Kilda Melbourne to the Ferry Dock, 5km away. Hard to belive it has been a year since I set foot on Tasmania. Really technically speaking February 4th was my first day of riding, cause I rode the 50km from the Melbourne Airport to St. Kilda....though crazy traffic and a ton of stuff. At that point I didn't know yet what I was keeping and what stuff I was getting rid of.

Anyway, not a whole lot happened today. Left the beach and got into Streaky Bay around 10am. The ABC talk show radio had a call in thing and they were discrussing speed limits...not that exciting. Ended up spending about three hours in SB, doing email, calling home, buying more food, and a quick dip in the water (complete with sunglasses and the camelback). Left town later than I wanted to...the reason being that I knew the strong afternoon headwind would come up. Sure enough, it did a couple hours later. I heard the frame pop a couple more times today, really got to get it welded. Could have gotten it welded in SB, but there wasn't a bike shop there so I couldn't pull off the cranks. Only really needs to hold together another 250km or so. I ended up stopping in Port Kenny. It is a tiny town with a pub, store, and gas station/caravan park. The caravan park is alright, though there was a dead fish lying in the bushes, complete with skeleton and partial head. The bathrooms were very clean though. I'm trying to make today sound riviting...but it was just kindofanotherday. Oh, the only truly unique thing today was this Kangaroo roadsign that someone had modifed to make it look like it was skiing....now that was unique.