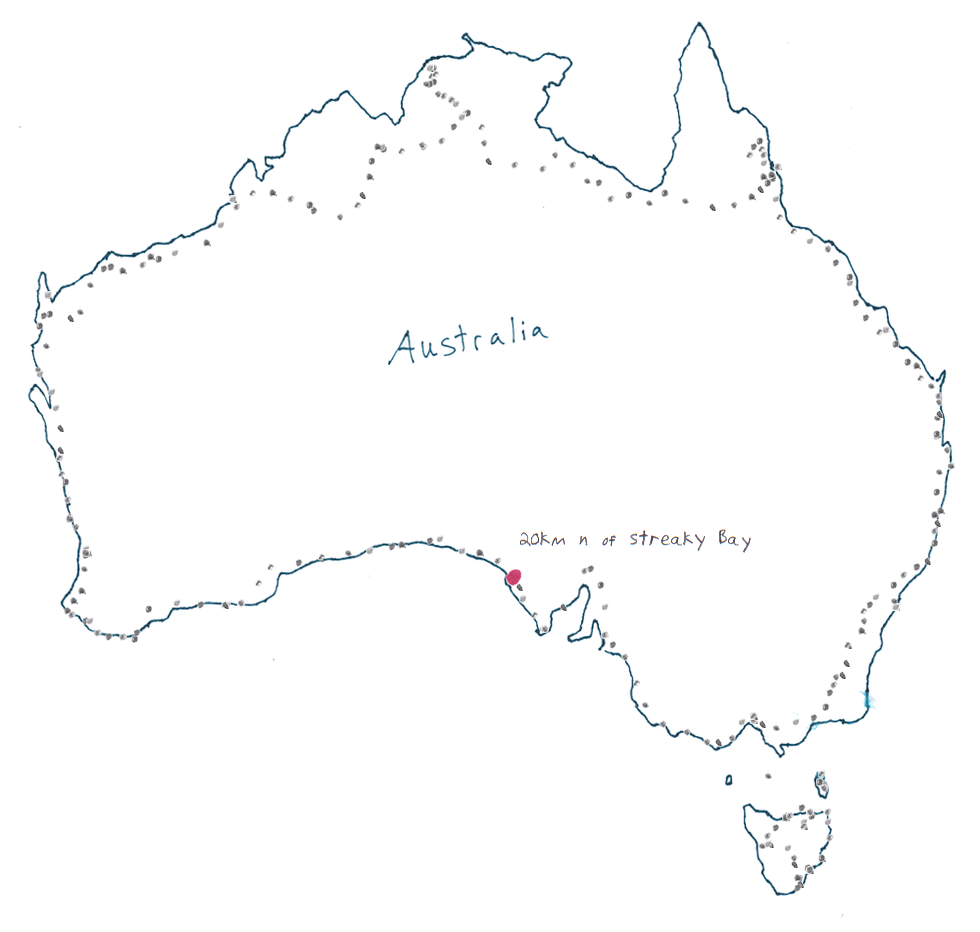 Last night was a really long night. As I was finishing up yesterday's entry, rain started to come down. I kept typing hoping it would go away, but it didn't. Got out, covered the bike and put the rainfly on the tent. The wind and rain kept up and I had to get out of the tent a couple times to fix stuff. Each time mosquitoes would follow me in and I'd have to spend the next 10min killing them all. As Nick in Perth stated perfectly, "I have yet to find a tent that I'm happy with." Me too clearly. Mine is leaking, then again, it has hardly ever rained on this trip so it hasn't been a big issue. Gonna have to make preparations for NZ though. All of that chocolate I ate was keeping me awake. I'd fall asleep and have crazy dreams and wake back up when the rain would reboot. Ate too much choclate though, ugh. Some dreams were crazy, others if I had photos of...would probably make this website a lot of money. heh.

Got up late this morning, mosquitoes where everywhere outside my tent. Got stuff packed and headed off, I didn't feel like spending any more time with the mozzies. Turned off the road and down to a small town called Smokey Bay. Got some OJ (kind of a shock after being on the Nullabor for so long). Talked to some guys in front of the store. Nice guys for the most part. I asked one what Streaky Bay was like and he said "it was nicer than Ceduna, and had a lot less black people".

Headed out of town, probably should have taken more water since it was a bit hot. A car passed me and stopped up ahead. The driver got out. I thought it might be a cop..it was. He just looked at me and didn't say anything. I said "hello" and he still didn't respond much. I couldn't figure out what the heck he was doing. Eventually he asked me where I was going and where I'd been.

It kinda seemed like he was sizing me up to see if I was trouble that needed to be ran off the penninsula. He asked how the bike had been holding up and I mentioned the cracked frame. He radioed in to have them call and see if the crash repairs place did TIG welding in Streaky Bay....one of them did. We talked a little longer and he drove off. It was a bit surreal, because the whole time it seemed like he had a different agenda going other than our conversation. It was nice of him to radio ahead about the welding, but I never really felt like I was talking to him on a friendly level. I continued on....

Saw a turnoff to a place called Haslam. Went down there, a kid came riding out on his bike to say hi to me. Turns out it was just a few houses on the beach with a community hall. There was a nice little camping area on the beach. Better yet, it had a water tap. Spent a couple hours there eating and taking a nap.

Rode down farther and the headwind really picked up. It got so bad I was down to 10km/hr (been going 20 most of the day) and my gears kept shifting around...ticking me off in the process. I thought about stopping right there, but did Maree's glove flipping trick (where the way the glove lands on ground, it is a yes/no decision maker), the glove told me to go on. I was glad I did, because about another slow 5km further was this nice little beach camping area. There was another couple there...talked to them a bit. They were Jevhovah's Witness Missionaries.....so I didn't want to get into an in-depth conversation with them knowing exactly where it would end up. (me happily on my path, they on their path wanting me to join).