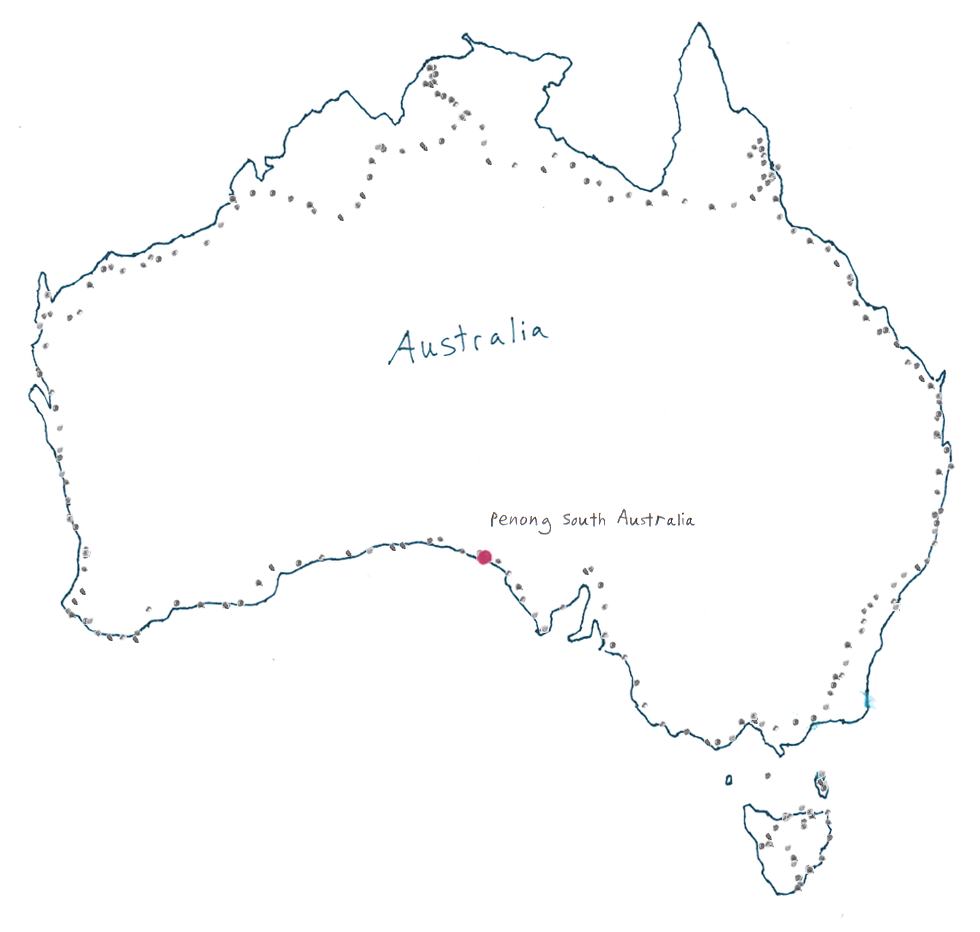 Got up feeling hungover and tired. Went in did laundry. A two tub machine, but I'm pretty down with the two tub skillz thanks to Duncan and Al in Emu Park, QLD. Even washed my sleeping bag, the water was nearly black, yech. Decided I was going to take today off, it was windy windy windy. Finalizing the lunky.com travel site updates is normally a pretty quick process, just run a script, then burn that file to CD. Of course I had to not have enough disk space the first time I did it, so that really messed everything up. Spent a good two hours getting that all sorted then mailed off. Was able to use the phone at the Caravan Park so I downloaded my email, piles of it everywhere, sheesh. The woman at the caravan park said that it used to be a field depot of some sort, hence all the tin buildings and stuff. I like the tin building I was pretty cool. Just a cement floor, big rattly (sp?) doors, and a single light bulb in it.

That night this guy named Jim in his 50's pulled up. He was heading east looking for fruit picking work. Had some wine with him, talking about biking, beer prices on the Nullabor, and politics.