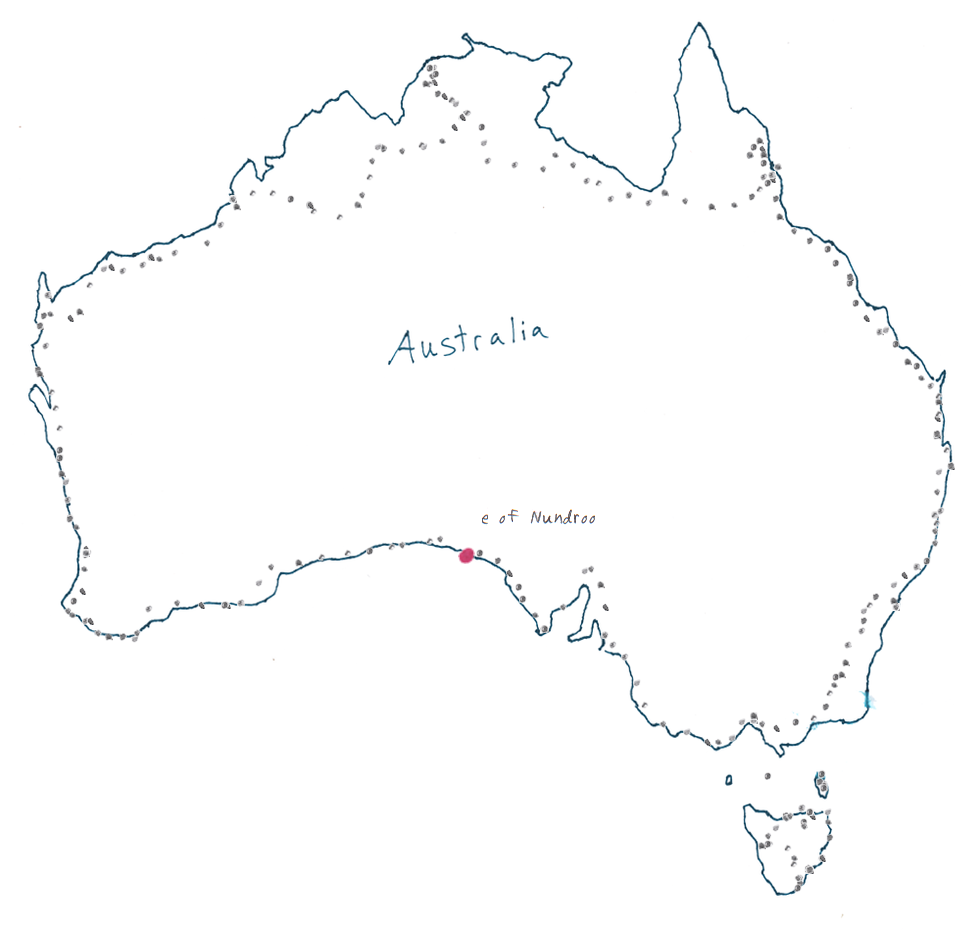 Was up and gone right at daybreak today. Clipped along pretty since there wasn't much wind. Stopped after about 90 minutes to make breakfast. Read and drank coffee for awhile then took off. Reached the Yalata roadhouse in the early afternoon, ate there and read the paper. Same old stuff going on. The ride was pretty good until about 4pm, then it turned to crap. The huge headwind came back up. Trying to bike the last 5km into the next roadhouse seemed to take forever. I nearly had to be in the granny gear just for a flat hill. The Nundroo Roadhouse didn't seem to be much of a happenin place. Store-type food is still incredibly overpriced here too, but at least they don't have $24.00 /hr internet like at the border...that took the cake. Found a spot to camp in the woods. Decided to use up all the good spokes I bought in Albany and change all the ones on the rear wheel, then maybe they will quit breaking. Dunno yet if I'll be in Ceduna tomorrow...it is about 147km away, and unless there is a tailwind I probably won't make it. Almost out off food too, good thing there is one more roadhouse along the way....otherwise I would be drastically lunchless.