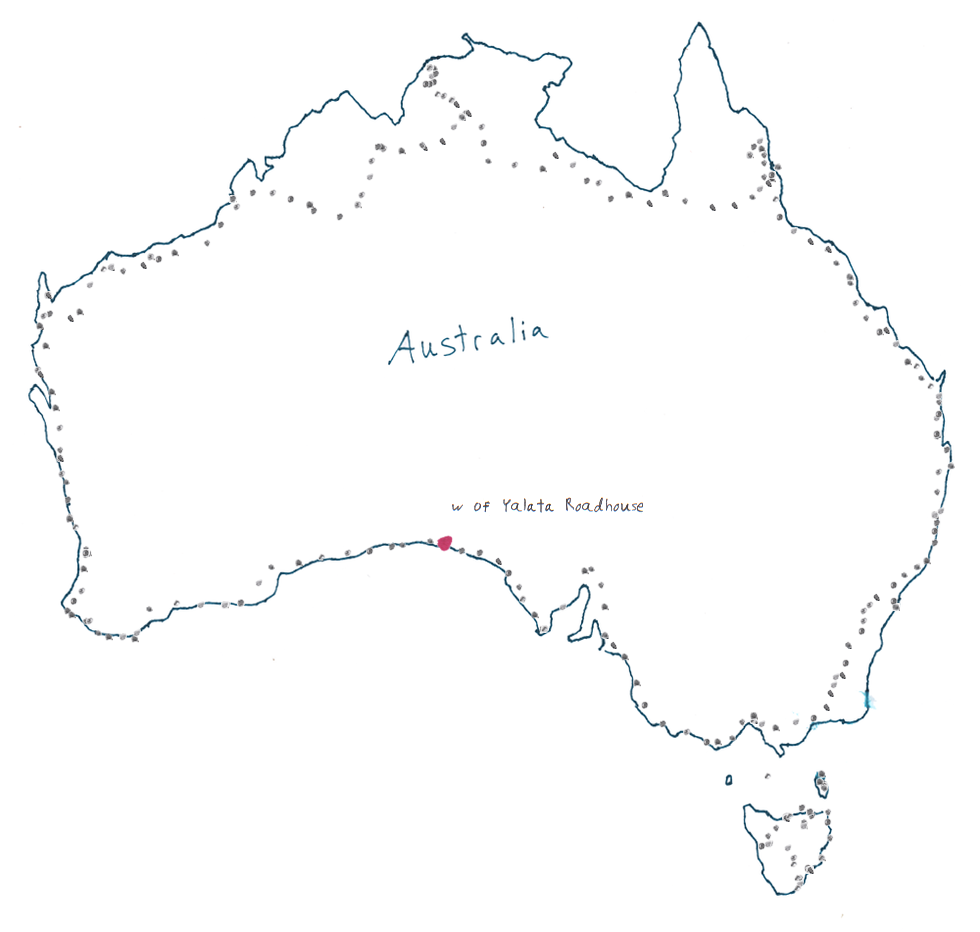 Got cleaned up and washed some clothes in the shower. Felt better then. Talked to various people around the roadhouse, left about 4pm. The wind was really bad, mostly a crosswind so it kept blowing me off the road. Ended up pulling off the road after about 50km and calling it a day. Gotta get up earlier tomorrow to try and beat some of the wind. Spent awhile tonight writing and stuff, but then got hung up trying to figure out how to config something on my text editor. If I had net access I could have found the answer in a couple minutes, but instead I had to wade though help manuals...and I still haven't figured it out, argh. Just figured it out "setq" was the command I needed, whatever, nevermind. The whole point of this was to keep the text editor from saving every 30 seconds...thus keeping the hard disk whirring and grinding down the batteries on the laptop.