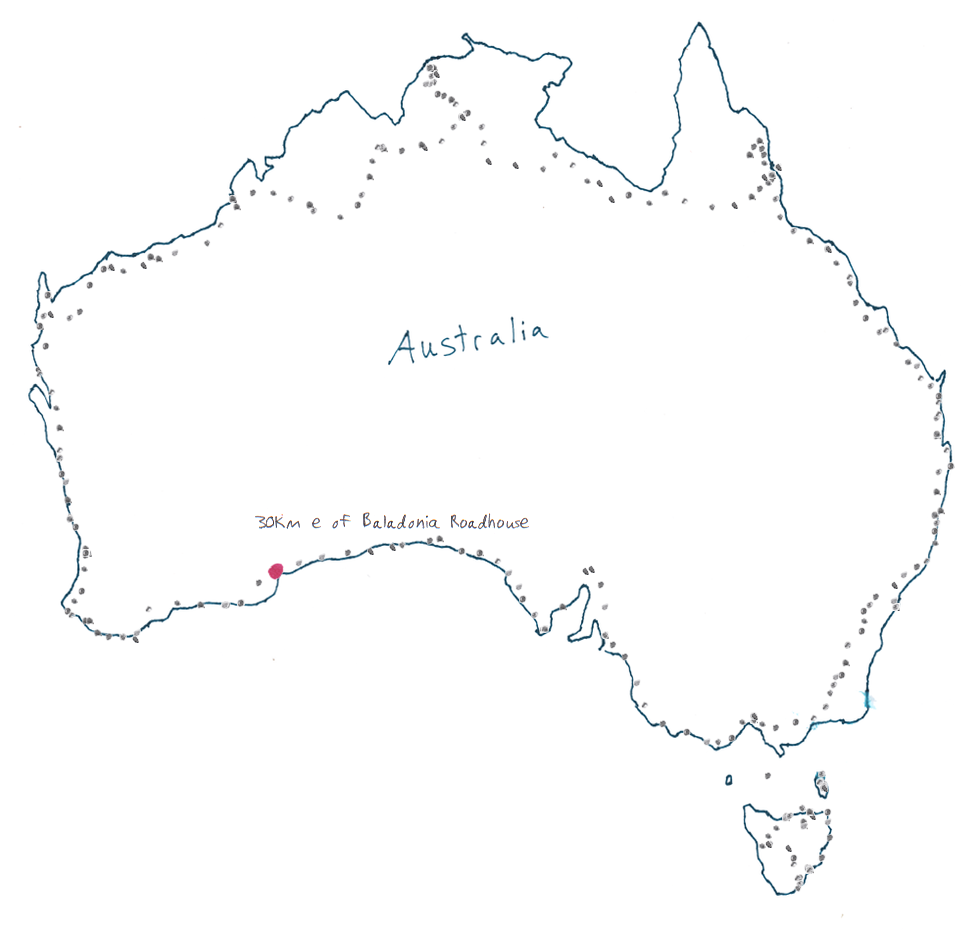 Got up a bit early but didn't get moving till the usual time. Spent breakfast reading some whack eAustralian ebusiness emagazine eabout ethe einternet. It kept referring to a recent dip in tech stocks and all these other buzzwords that have long gone out of fashion. Then I discovered that the article was nearly three years old. heh.

The ride was alright today, only saw about three cars the entire way to the roadhouse. Didn't keep my rear tire inflated enoough and got a flast when I hit a rock pretty hard. One car passed me and we talked as I rode, soon stopping. From the accent it sounded like the guy was from Ireland, he knew I was from the US. His wife gave me candy and plums.

Got to the roadhouse and got some food and $10.00 worth of water (4.5 whole liters!). Turns out I didn't miss skylab in Norseman at all, the roadhouse had a couple pieces of there. Turns out that in July 1979 Skylab crashed right over this area. They had some National Geographic articles there, along with a photocopy of a ticket. The ticket was a littering infringement made out to NASA for $400.00, it was pretty cute. I called Lousie to tell her I made it though as per her request and then headed out. Had a headwind and tha tcut my speed in half. Ended up finding some weak AM station playing Steely Dan.

I'm finally on the Nullabor proper, kinda cool...only been looking forward to this part for about three years now. It is basically an 800 mile stretch of road without any towns, just a roadhouse eery 120 miles so. Gotta get rolling tomorrow when the wind will be less and it will be a bit cooler. Only have about 8 liters to go the next 150km...might have to yogi some off of some motorist.

Now an adult contemporary era Eric Clapton song is on the radio, time to turn that off and go to bed.