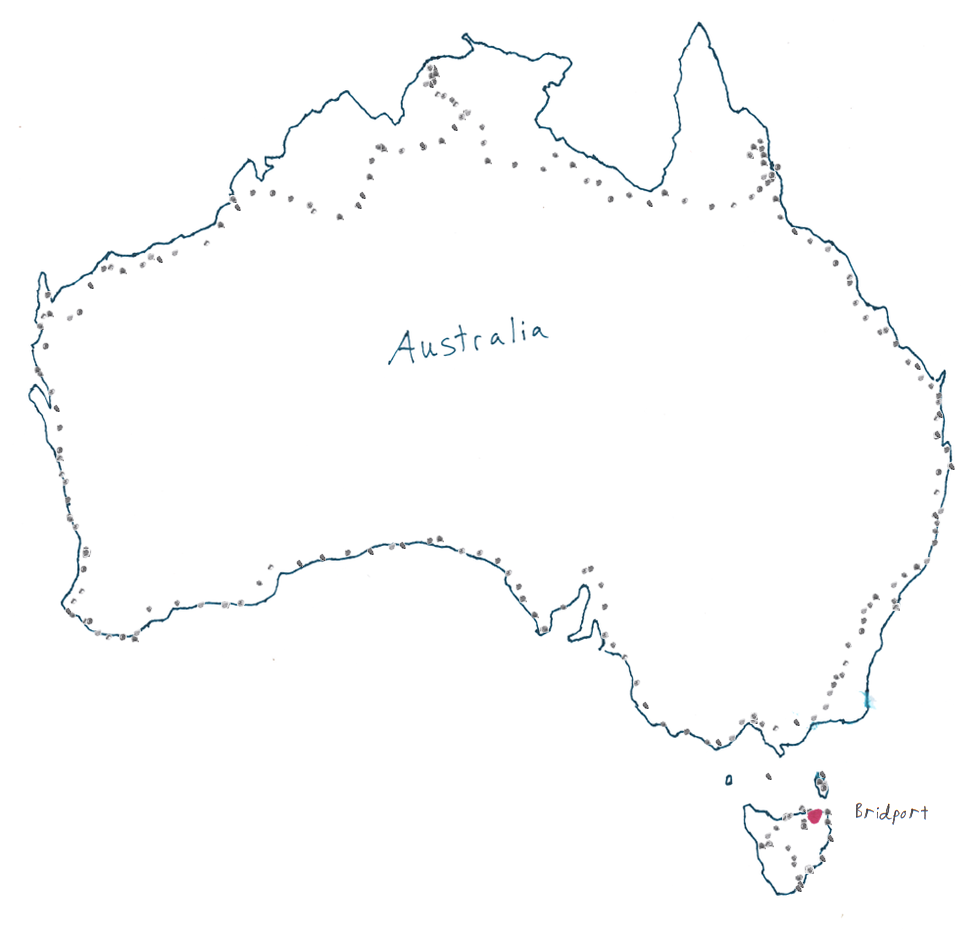 I'm glad I took four Dramamine. I woke up once about 3am and the boat was going up and down in a big way. The Bass Strait was really shaking things up, so I forced myself back to sleep. I talked to one of the guys who was riding on the boat the next morning and he said he was throwing up the whole night.