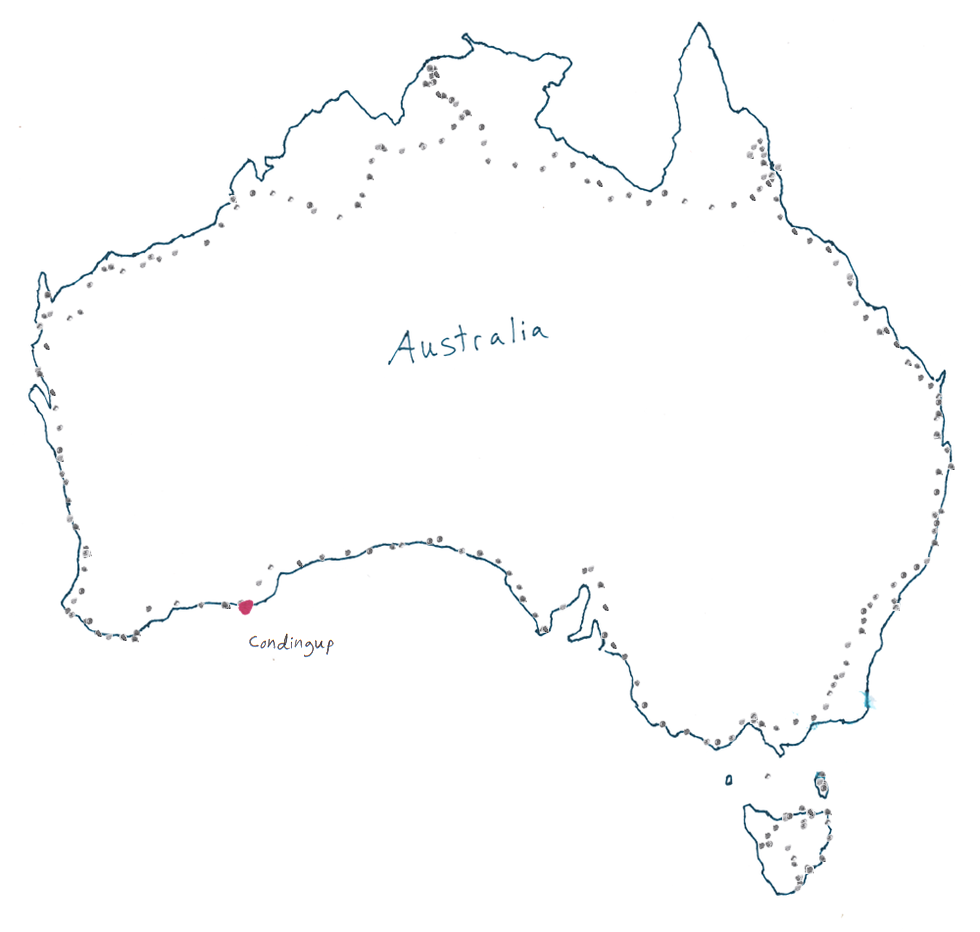 Around 4:30 am this morning I heard someone say "Craig...". It was Ben, who was taking me fishing. I introduced myself from my comfy sleeping bag. His brother Abe was going also. All three of us piled into the ute, me of course first trying to get into the passenger seat on the right side of the vehicle, then remember the passenger seat is on the left. Funny how I'm so used to riding on the left side of the road, but since I've been in so few vehicles over the ast year, I still can't get used to this right hand drve stuff.

We drove our way twoards the beach, many kangaroos jumping madly all about in front of us. Sometime later we were out on the ocean fishing away. I caught my first fish, dunno what it was but I threw it back. It cut me with one of it's dorsal fins. A pod of dolphins came up to us and followed the bow of the boat for awhile, that was pretty cool. I ended up catching a fish that bas big enough to keep, my first even saltwater fish I've caught.

Ended up back at the house around 10am. I didn't get enough sleep so I started to fall alsleep half watching the spiderman movie. Watched Serdipity" a bit later.

Went to the pub and helped Louise out in the kitchen over there. The pub was a bit busy, so I made the lasange while they went about making the meals for the pub. After an hour or two in the kitche we headed back...this time with a pan of yummy cooked lasange.

Spent the evining talking to everyone. Kevin's younger brother Rob came over, I'm going fishing with him tomoorrow. Dunno if I'll head out tomorrow or not. These daysoff have been good. I'm still a bit apprenhensive about taking time off, since it might end up eating into my New Zealand time, and we can't possibly have that.