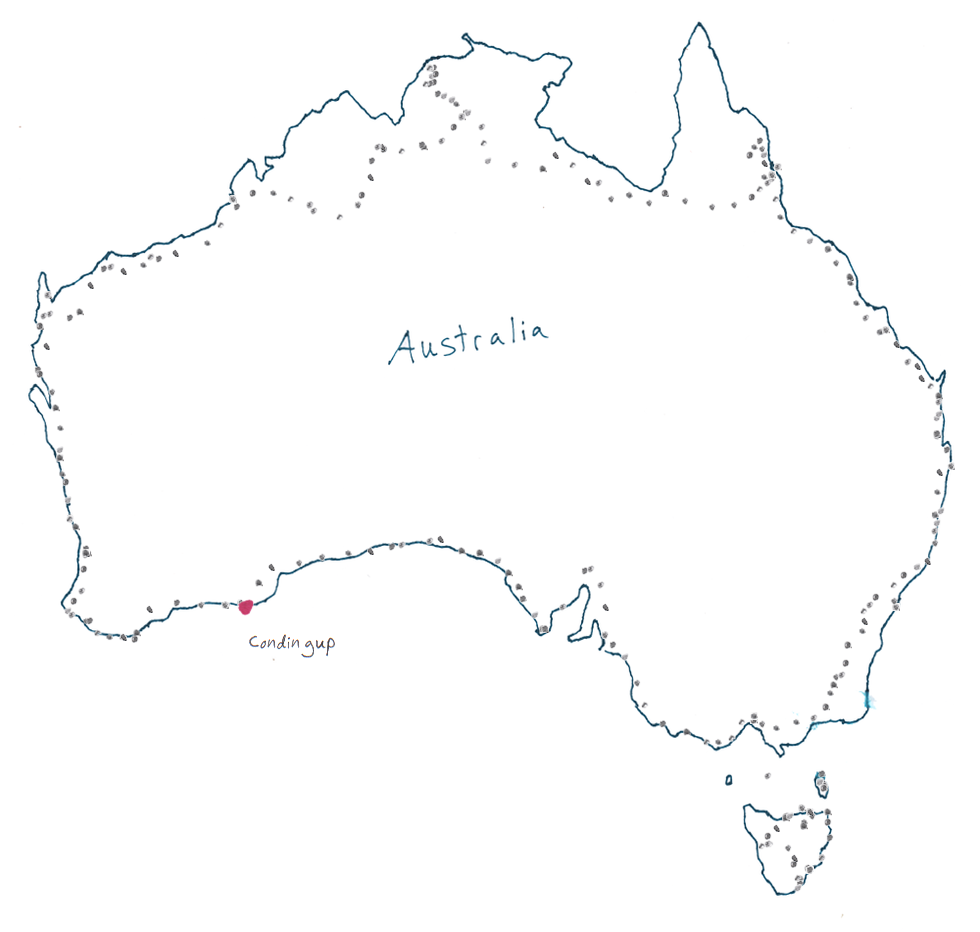 Didn't really get out of the hostel until about 11:00am. Talked to a few people in the morning an wrote a bunch of email. Computers were a bit messed up at the net cafe, so it took awhile to get stuff done. Had to do a bunch of banking stuff, along with fixing the travel site, looks like the last update went in but was horribly broken, oops. Everything had kinda fallen apart and it took awhile to get things going again. Definetly a time when all this internet stuff ate into the trip. I made it out of Eperance around 4:30pm. I pushed it all the way to Collingyup. There is a small pub/store here and I pulled up there. Turns out I was the only one there because of the 3 day weeked. I had a burger and beer there. Met the owner (Hi Kevin!). He invitied me to stay at their place, so I took them up on it. Turns out that the following morning, their son Ben was going fishing. Whelp, looks like the Nullabor is still a couple days off, looks like I'm going to be taking tomorrow off here. This will be good though, will be nice to actually see some of the beaches that Ive heard so much aabout...and get to go fishing too!