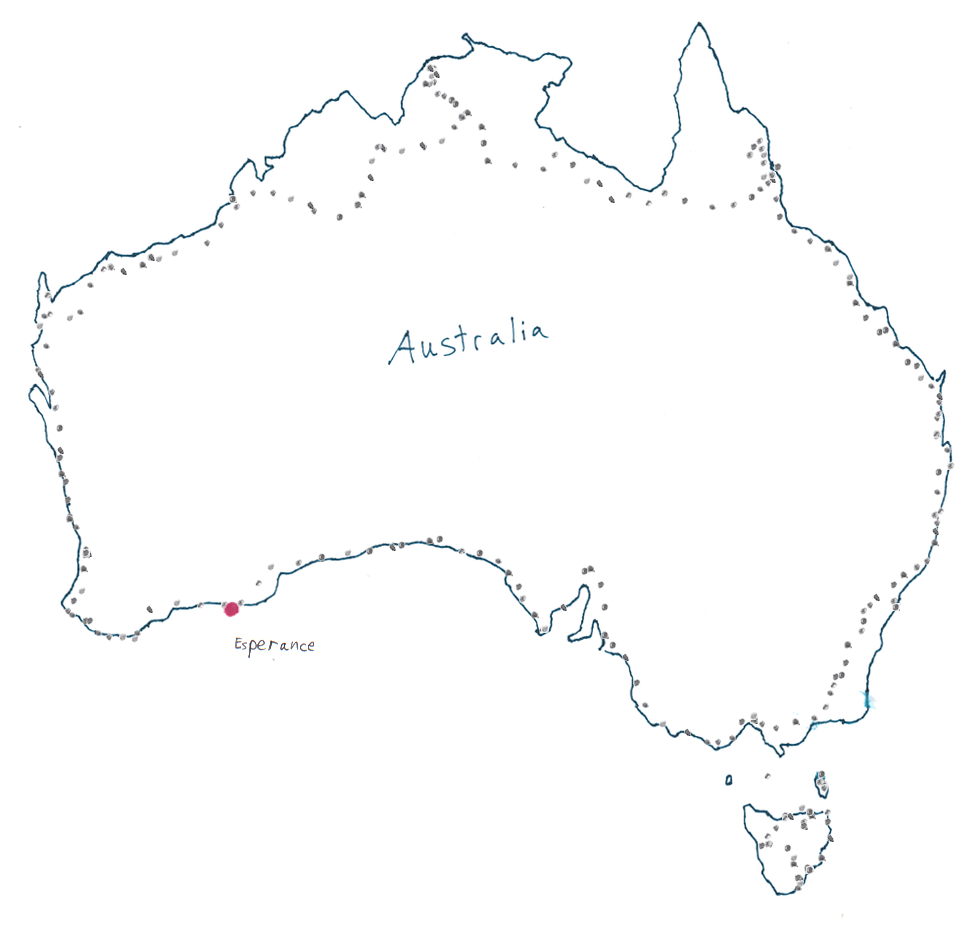 Today was one of the worst of the trip...mostly for the fact that I was in a totally pissy mood and had to ride for 8 straight hours into a headwind. I woke up at about 5am, the day was starting and it looked kinda cool...but I was way to tired to get up at that point. Didn't really matter, because about an hour later I heard these loud breathing noises and "mooooooooos" I looked out and on the other side of the fence stood mob of cows, all staring at me wondering just why I was camping near their pasture. I felt the strong wind coming from the southeast....so I knew the day was going to suck even before I got out of my sleeping bag.

Got riding around 8am and it was terribly slow. Hard to stay in a good mood when riding into a headwind by yourself. 99% of my irateness was because of that jerk who spammed my email list with his god-wielding-you-too-can-make-money-on-the-internet message. Now people want off the list or are writing me asking what the heck that was all about or are these the type of friends I have.

Rode the whole day, the only time I stopped was to put more water in my camelback. I didn't feel like stopping to take a break, mostly cause I couldn't sit still. Didn't even have yummy food to eat, lunch consisted of raw oatmeal followd by emptying a bag of Black and Gold dehydrated peas. The 5km markers slowly ticked down E100 E95 E90 and so on. By the time I got to E15 I was still in a foul mood, only very tired from not taking a break. At least people in the oncoming cars were waving.

I looked back at one point and saw two loaded down cyclists gaining on me. It was the two German guys that I last saw in Albany, Robin and Elias. I kinda popped out of my poopy mood as we rode along together, talking about how the last few days had been. We separated again but met back up in Esperance. I was glad to be in Esperance, been seeing it on the map for the last two years and now I'm here. Being the typical Australian town, everything was closed down except for the gas stations and fast food joints. So I ran into Robin and Elias again at Red Rooster, which is a proudly Australian owned fast food joint with a chicken-based theme. The fries/chips were kinda good.

We ended up heading to a caravan park. The guy running it was really nice, I asked him about the 4wd track to the Balladonia roadhouse and he pulled out pictures of the road. Talk about service.

Robin and I talked for awhile that night and I soon crashed out pretty hard. Probably going to spend 2-3 days here and head out of town.