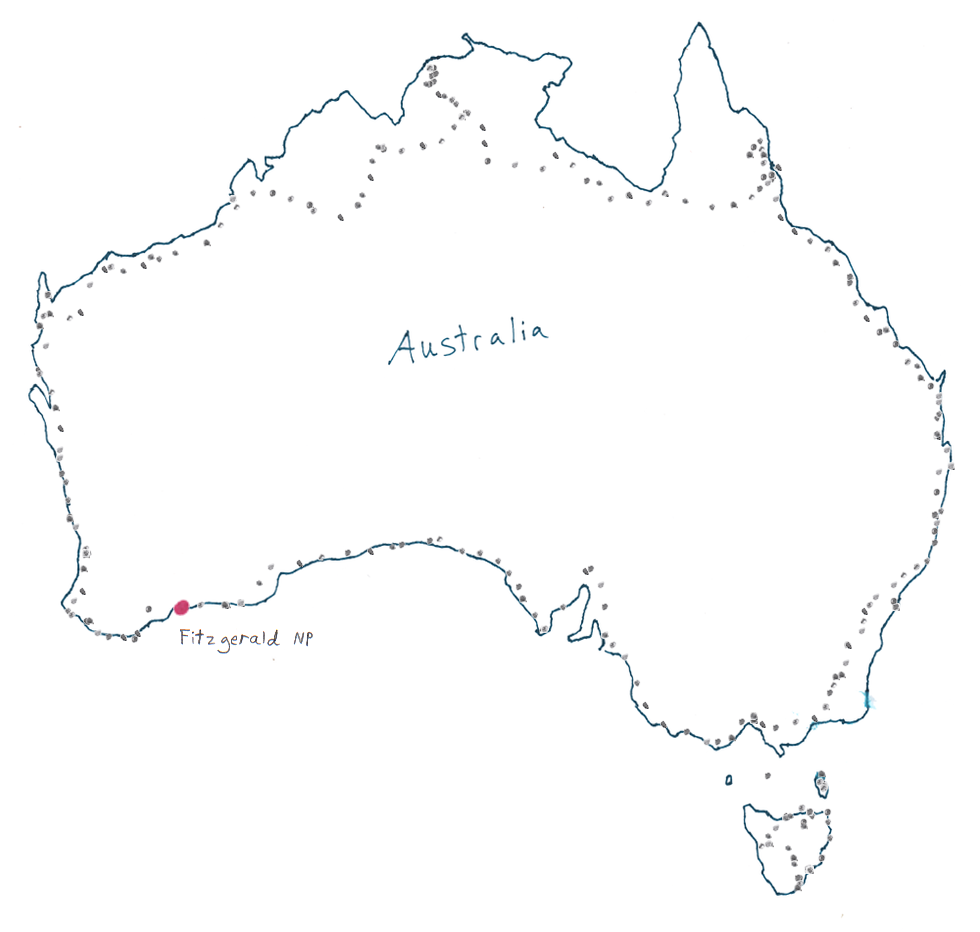 Another kinda-sorta big day. Woke up a tad hungover from last night. Didn't get a lot of sleep because I kept hearing something under my tarp moving around. It was making a scratching noise, just like a mouse or large bug would. I looked and looked, but could only conclude it was wind blowing though the tarp in a weird fashion.

A strong wind was blowing from the west...a tailwind! Ate breakfast and left around 10am. Two hours later I was in Jerramungup, it was a really fast 40km. Since that it was Sunday, everything was closed except the gas station on the highway. I hung out there awhile...fixed another broken spoke.

The rest of the day was pretty uneventful. Some surfer guys passed me with one leaning out the window saying "yeahhhhh". Much better than those damn cars the start honking when they are behind you. Passed a rest area with swings...so I had to stop. After about 1min of swinging, I started getting a little woozy. (and I thought my parents were being party poopers by not swinging with me as a kid, now I know why).

About 40km before Ravensthorpe, I passed the turnoff to Fitzgerald NP. I glanced at the map and saw that the unsealed road would be about the same distance. Without even really thinking I just started down this road. The map I have doesn't have this area in great detail so I'm having to wing it a bit. The moon is nice and full over the treeless plain right now. Saw a bunch of kangaroos this evening. Now my only issue is getting attacked my a mouse, gotta go.