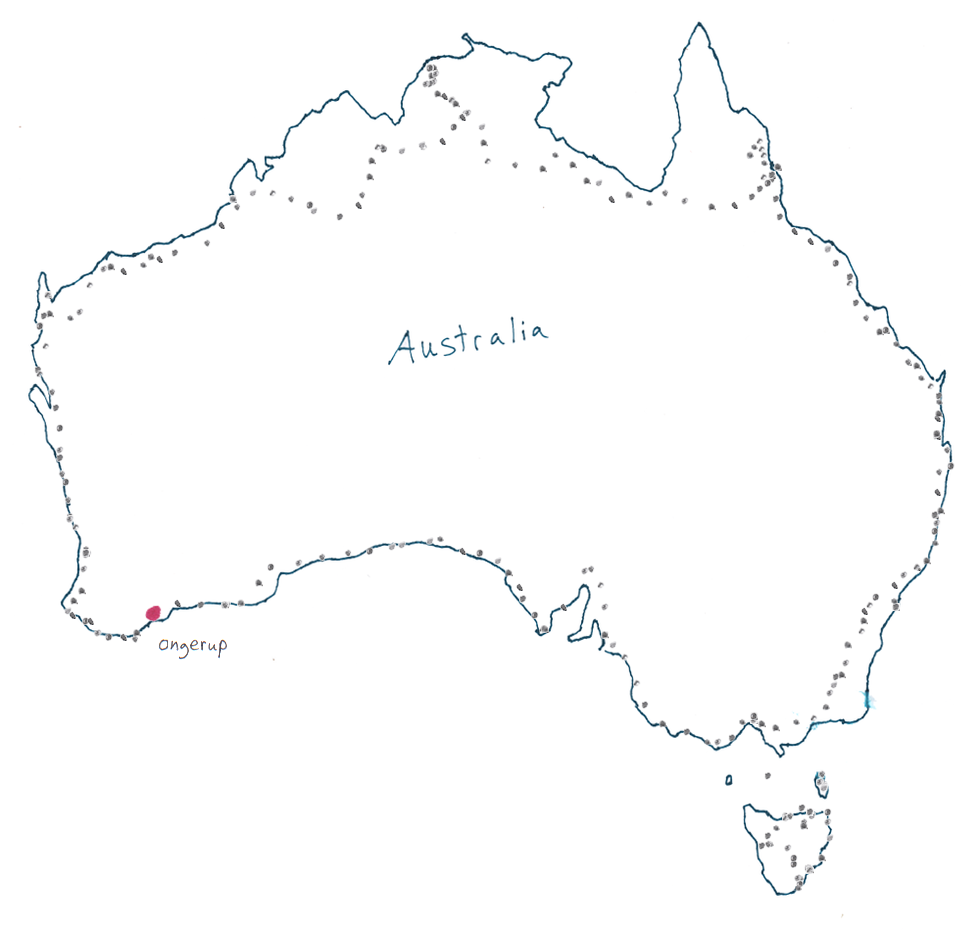 Was a pretty nice ride today. Even better was the fact that today I passed the 10,000 mile mark. Stopped at the roadhouse at Kalgan for some yummy water. Continued on towards the Stirling Ranges. So weird to be biking though mountains again, even if it is just one small range in the middle of farming country.

After passing through the Stirling Range I stopped at a small store. There were a few tourists there, none of which were really going out of their way to talk to me. I said "hi!" to one and got a nervous "hhhi"in return. It was a bit funny in seeing how everyone's comfort level is a bit different. A 2wd car (with a minor amount of dirt on it) pulled up and everyone got out. "Wow! That was the shakiest road I've ever been on. Yup, we're gonna need to get the car detailed...yeah, it is pretty scratched up. oh my" (no these people wern't driving their SUV on gravel for the first time either) The car didn't look that bad honestly, but they were going on in much as the same way a bunch of guys would stare at a Landrover that had just been towed out of a raging river.

Got to the town of Borden, it was dead. I biked around a bit until I saw a woman hanging clothes, so I knew somebody at least lived there.

Somewhere in here I passed the 10,000mile mark, but I don't know where. Mainly because I can't find a decent km->mi conversion. Regardless, I kept waiting for 16,222 km to come up, but I worked it out and that is more (I think) thank 10,000 miles. So my 10k mi party ended up being like when it is your birthday and you figure there will be some kind of party...only to find out there isn't one...then all of the sudden "Suprise!" What I'm trying to say is that when I left camp this morning, I think that was 10,000 miles. Oh well, I decided to have a beer at the pub in Ongerup to celebrate.

Reached Ongerup and set up at the caravan park. Got cleaned up and went to the pub. Ended up meeting a few people there, all sheep shearers. One guy (hi Fred!) bought me a B-52 since I had biked so far. Ended up getting a clock picture with a few people there. This is a really small town, but a guy told me that this was the best small town in the world and that if I find a better one to let him know.

Drank a couple more beers and walked out the door with another guy I'd met. Stopped by his place for another beer, we talked a bit but mostly watch Anna K at the Melbourne Open. Soon I was back in my tent asleep.