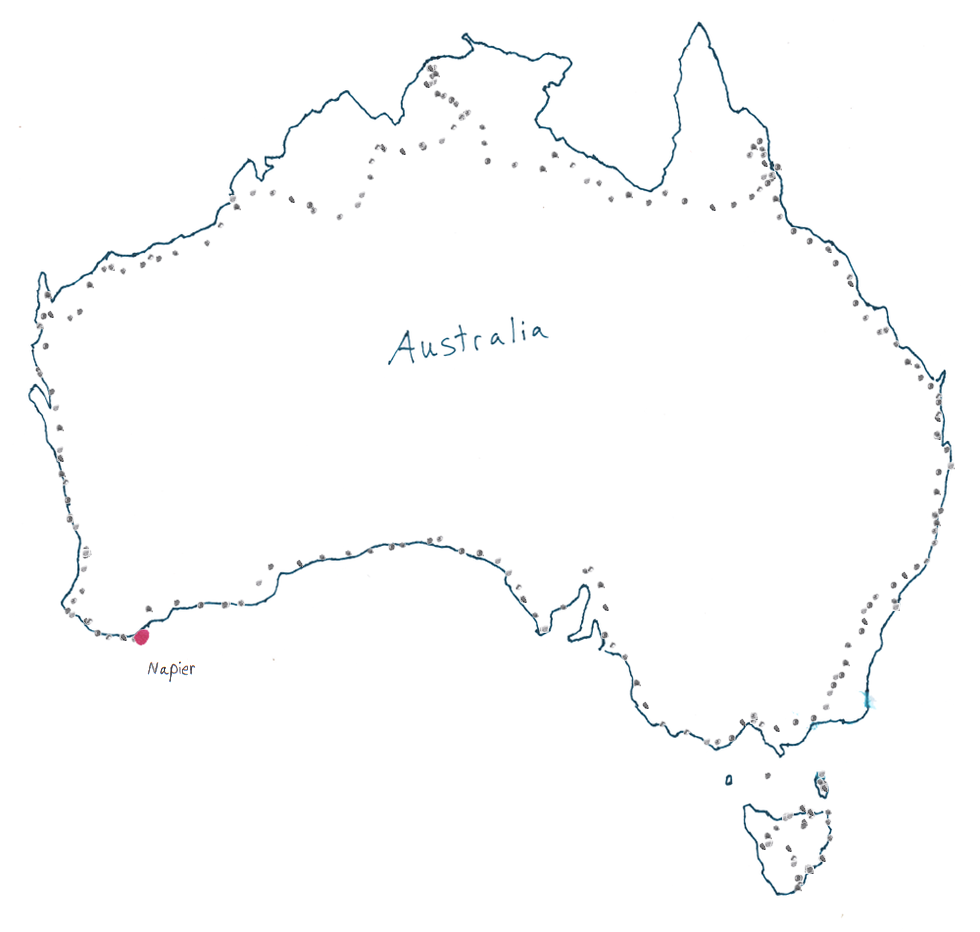 Didn't really wake up early today. Made a phat breakfast of instant potatoes and two cans of beans...sheesh. Packed up and headed out down the penninusla. Stopped at the natural arch and the gap, that was pretty cool...but a little harder to enjoy with all the people around. Some very Italian? tourists talked to me in the parking lot. One asked if I was travelling along. I said that I was...and kind of preferred it. One of the other women jumped in: "because you don't have to do what other people want to and you can be alittle more free". I think travelling with the 6 other people might have been getting to her.

Headed towards the blowholes, this is where the water slams into the rocks and up through some of them, thus creating a blowhole effect. The road was uphill and I wasn't feeling motiviated since this was just extra credit riding and not sending me towards Melbourne. All of the sudden I just turned around and headed back towards Albany. I saw a blowhole in Tasmania anyway.

Got to Albany and found a bike shop. They had the spokes I wanted, but it ended up being a four hour visit anyway. I realized that this was the last decent sized bike shop for about 3,000km. So a-overhauling we will go. Changed the chain and cassette, also had to change a front chainring. This is the one that I put on Cairns 9,000km ago. Probably had another 2,000km in it, but I didn't want to chance it because of the bike shop situation. The guys at the bike shop were really nice and helpful (Great Southern Bicycle Company, plug plug Hi Dave and Brian!) Brian told me a better way to get to Esperance is to head north though Borden and then head east...you get to go though some mountains and less of a road. I haven't been following the coast exactly anyway, well, I have, but it doesn't always make sense. At one point I was washing my hands and "Eye of the Tiger" came on the radio, I mentioned something about first hearing that song as a kid. One of the guys at the shop asked me if it made me full of energy and want to get out there and do something. Heh, heh, yeah. Triple J played Motley Crue's "Kickstart my Heart" and that has a bunch of driving energy to it. Ok, enough of this wanker rock talk...

Knocked off a little early tonight, in the bush near a gathering hall and tennis court. Lots of alternating bushland and farmland.

since I could just go where I wanted.