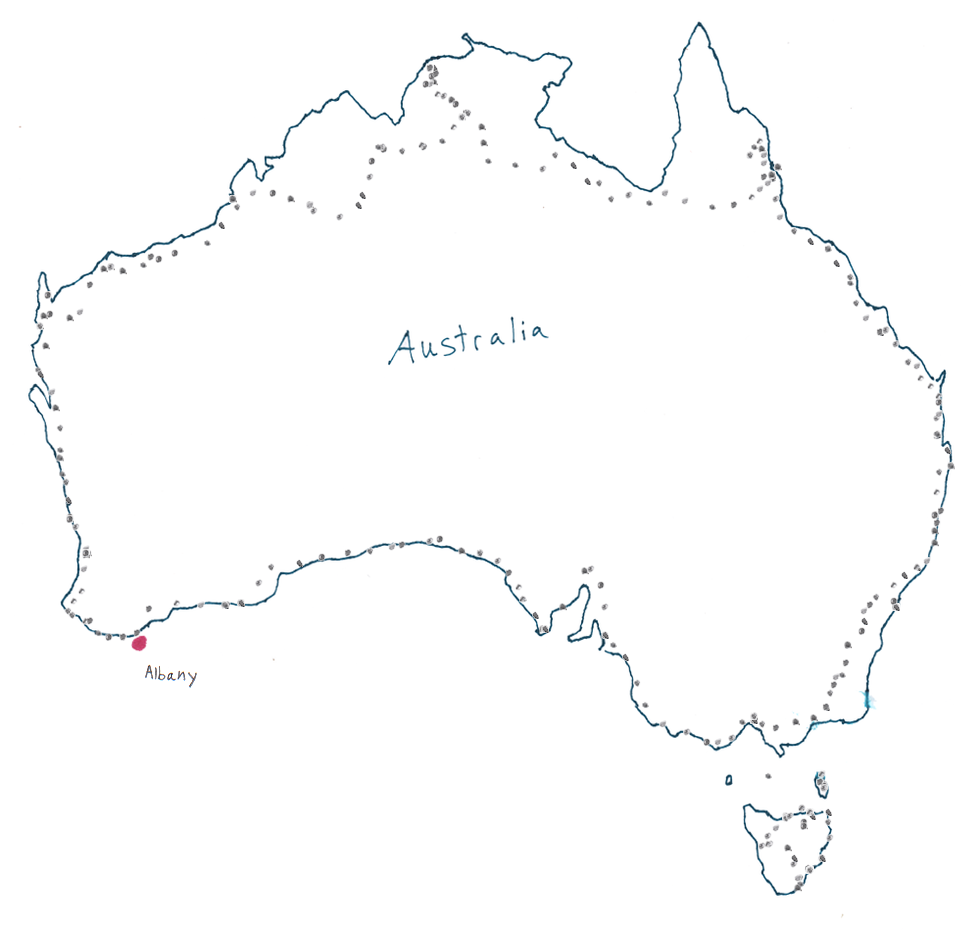 Spent the morning finishing up update #5, about time I got another one sent out...it has been over four months since I mailed out the last one. Did some more net stuff and answered email, got the bike packed and didn't leave Denmark till 2pm. Bike computer is finally calibrated correctly, but my total kilometerage is probably 200km farther than what it whould be. Significant in that today I passed the 16,000 km mark.

Had a really fast ride to Albany, made it in about three hours. Albany is the district center for this area and a little large. It has a lot of old buildings and a nice feel to it. The whole town is built on a hillside, reminds me a lot of towns in the San Juan Islands of Washington State in the USA.

Anthony was gone aready from work so I dunno if I will see him again anytime soon. Ran into the two German guys bike touring guys that I met last week north of Bunbury. They asked why it took me so long...seems they didn't go around the outside like I did.

I'm at a nice caravan park right now, it looks out over the water and the lights of Albany reflect off the bay. There are about three kids around 10 or so all fishing, very inquisive kids...asking me all kinds of questions and such.

Tomorrow I'm going to go out and see the arch and blowholes, then go take a chunk out of the 500km push to Esperance...