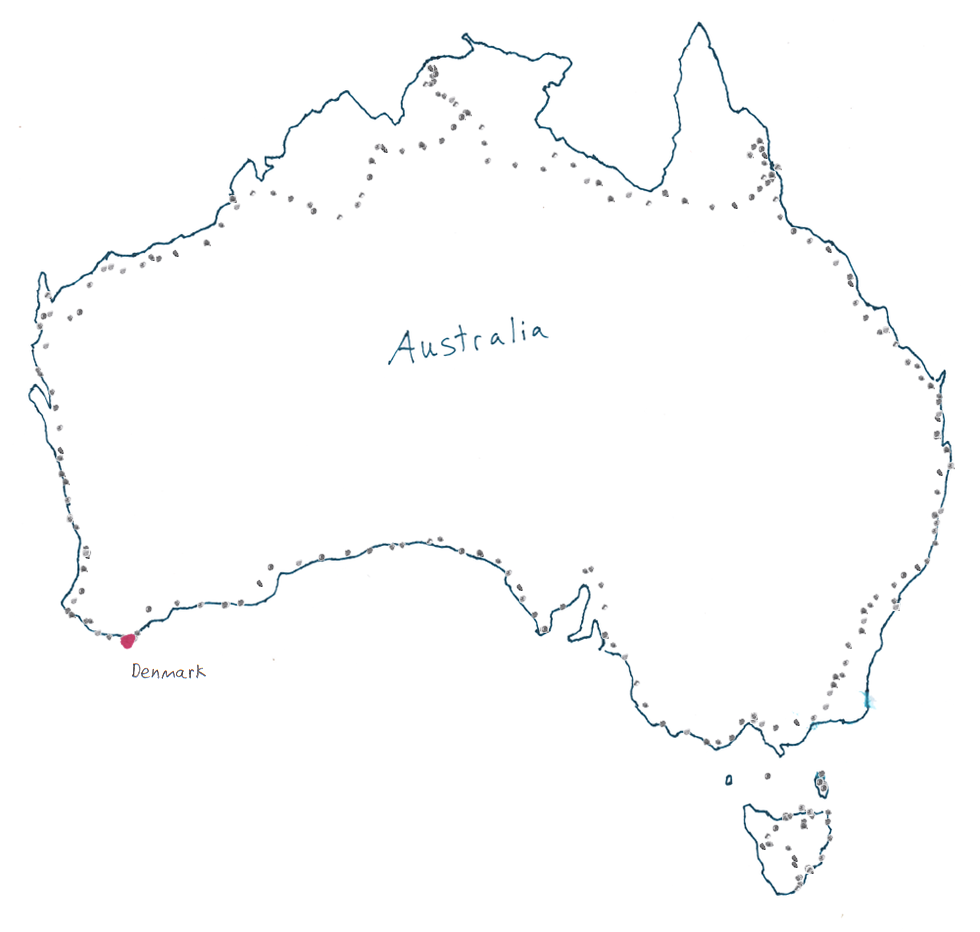 Taking today off. Anthony left in the morning and I cranked out a ton of stuff, got the travel site update burned to disk and a bunch of other little stuff done.

Went into town and mailed off a bunch of stuff. Met another bike tourer named Danny, he is from Canada...kind of just biking around the Southwest for now. Met up with Cynthia (who I met with Sam and Nadia in Perth) for afternoon coffee. We talked and talked and talked, it was a good time.

Met back up with Anthony. Anthony drove me down to the beach to show me the inlet and stuff. It was pretty cool, a shame I probably would have missed it otherwise. It is one of those things that is too far out of the way to go check out on the bike.

Didn't really do much except play Two Tigers on MAME (arcade emulator on my pc) and swap stories. I'm heading out tomorow....