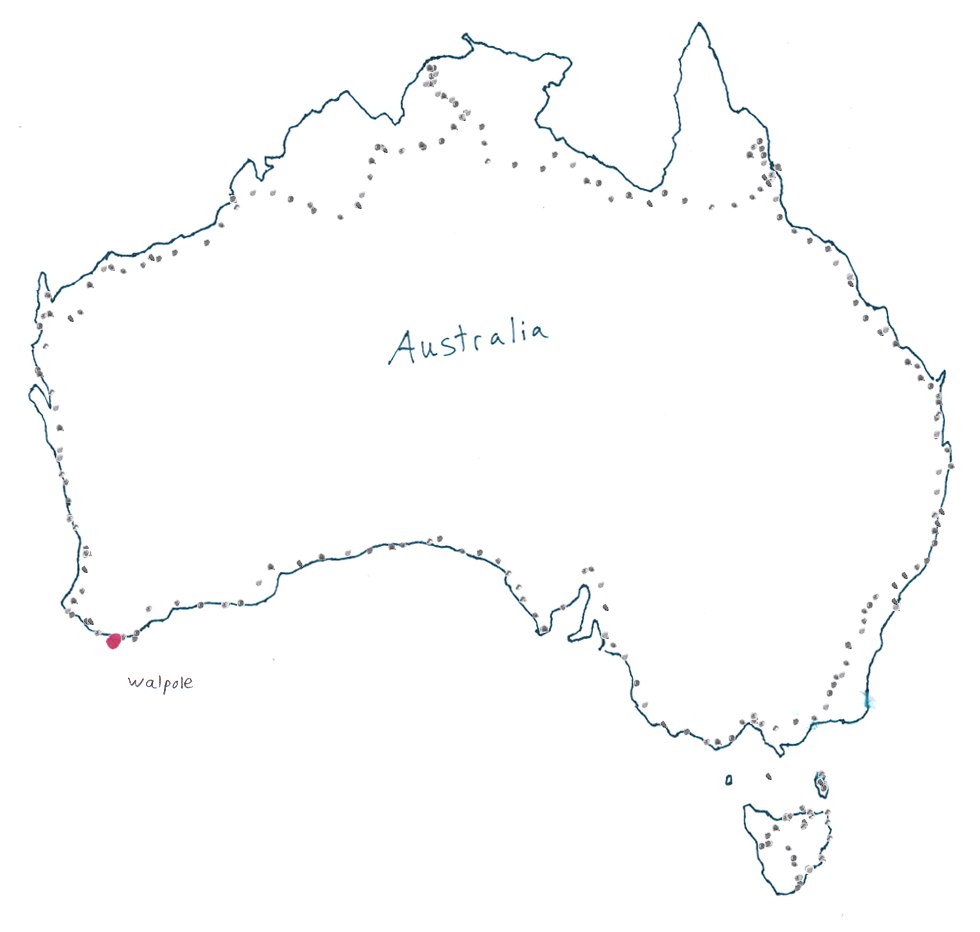 So much for getting up early and making the push to Denmark....didn't get out of bed till 7am. Made breakfast and sat around. I was sitting there on my tarp eating my mashed potatoes and tunafish, listening to the Beach Boys on my mp3 player. All of the sudden I see this woman standing next to me, for some reason I wasn't scared at all. (granted I'm camped on this hardly used dirt road). Turns out they were just camped down the road. She told me to go say hi to Michael, she was going out for a walk. So after packing up my stuff I headed down the dirt road figuring I'd talk awhile and be on my way about 10:30am.

Met Michael and he made coffee. Somewhere along the line we both found out each other was into computers and whatnot. LeAnne (sp?) came back awhile later. We all talked and talked about everything (travel stories, PHP, Perl, bugs in ASP, etc.) Anyway, get this...I didn't leave till 4pm! 4pm and I had gone a total of 845 meters according to my GPS. It was a good break though. Michael has a big/famous site on the net of his lightning photos. (search for lightning photos on google and his site comes up first).

Next couple hours were spent biking the remainder of the gravel road back to the highway, nothing really eventful. Reached the highway and made my way towards Walpole. Had to stop and scrounge up some food. Earlier today I thought I felt an old granola bar at the bottom of my food bag. Indeed it was an old grandola bar...had I known it was there it would have been gone a long time ago.

Had to climb a big 500 foot hill, but I reached Walpole right before dark. Walpole is a small town near the beach I scouted out a camping spot in the bush outside of town...then went back in to get some food. The people running the cafe seemed nice. As I was sitting there waiting for my veggie burger, a couple walked past me and saw my bike. The couple started talking to me about biking. Found out that the girl (hi Beth!) was from Portland and Eugene Oregon! First person I've met down here that is from where I'm from. We talked and talked and I got a clock picture of the two of them. Later on I talked with the couple running the cafe, nice couple...even gave me a couple leftover sandwich rolls for breakfast tomorrow. Called up Anthony in Denmark and am going to stay with him tomorrow.

Thought about staying at the hostel...but just headed for my bush place I found earlier. It is about 65km to Denmark tomorrow...I wonder if I'll make it. Seems to be a lot of distractions between here and there.