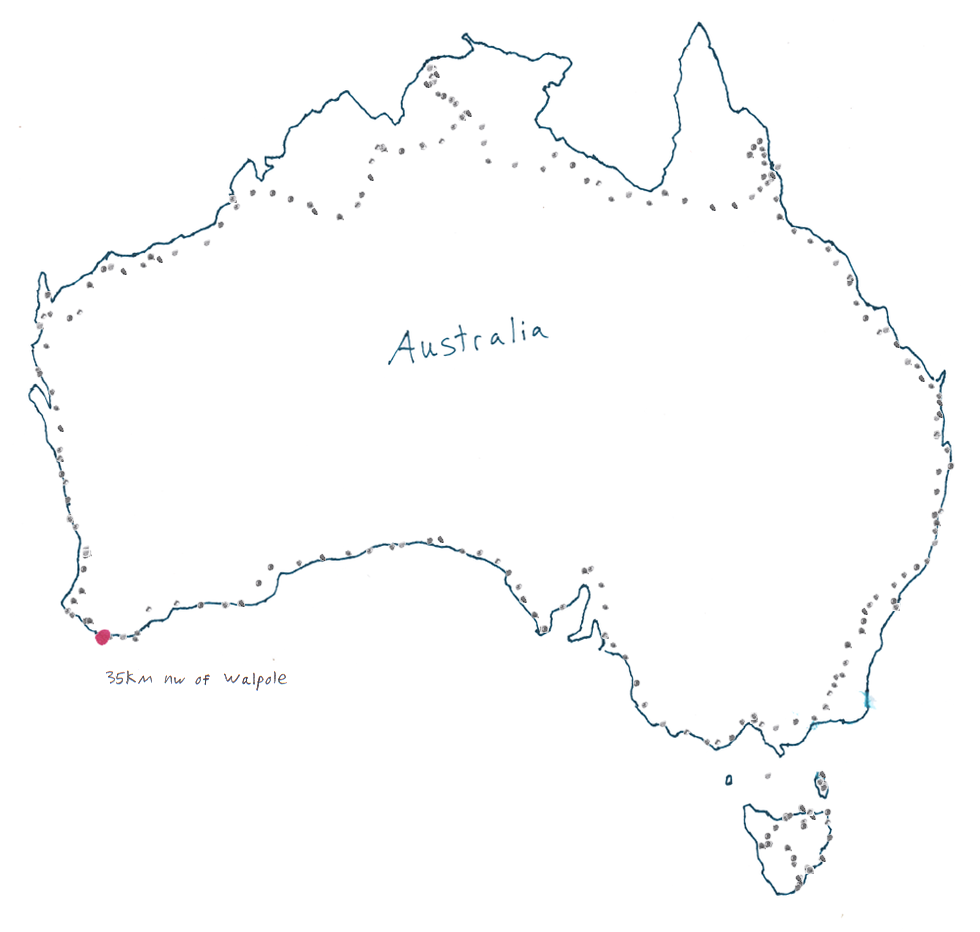 Camped out in the bush tonight. Don't have the really tall trees around me (like I road though earlier) but it is still pretty nice. I'm camped on an (hopefully) unused road. A kangaroo just came bounding down the road and saw my headlamp...then headed off crashing into the bush.

Woke up a few times during the night change batteries over. Woke up in the morning and all my batteries (20 AA!) were charged and I barely remember it. The rain was coming down really hard at times, so it didn't look like I'd be going anywhere today. I ended up staying around the hostel waiting to see what the weather was going to do. Got a couple good clock pictures and some more photos of the resident roos.

I packed up and left the hostel around noon. Ride was mostly uneventful. There is this tall tree near Pemberton called the Gloucester Tree. There is a little lookout tower or something at the top. I shouldda gone yesterday. My whole point was that I was too lazy to ride the 6km out of the way cause it also would have included a huge hill climb. I figure this way I can tell people all about this great tree with a cool tower n Australia and when they ask if I went up in it...I can say no!.

Stopped in Northcliffe for takeaway food, then headed SE along this gravel/dirt road called the Cheseapeke Road. There were signs indicating that the road didn't go through and was closed. I kept biking anyway. As expected, the roads were blocked with a gate, but you would tell where the 4x4's drove around them through the bush. It was a really nice ride on the road....didn't see one car the entire time obviously. It passed between bushland and areas where a few huge trees remained. Stopped around 7:30pm around sunset.

Tomorrow I'll try and get to Denmark and see Anthony and Cynthia. Anthony I met up at the shack (around December 1st-4th). Cynthia I met though Sam and Nadia. I can't remember if I'm suppsed to ask where Anthony lives at the pub or at the tavern. I have it written down somewhere.