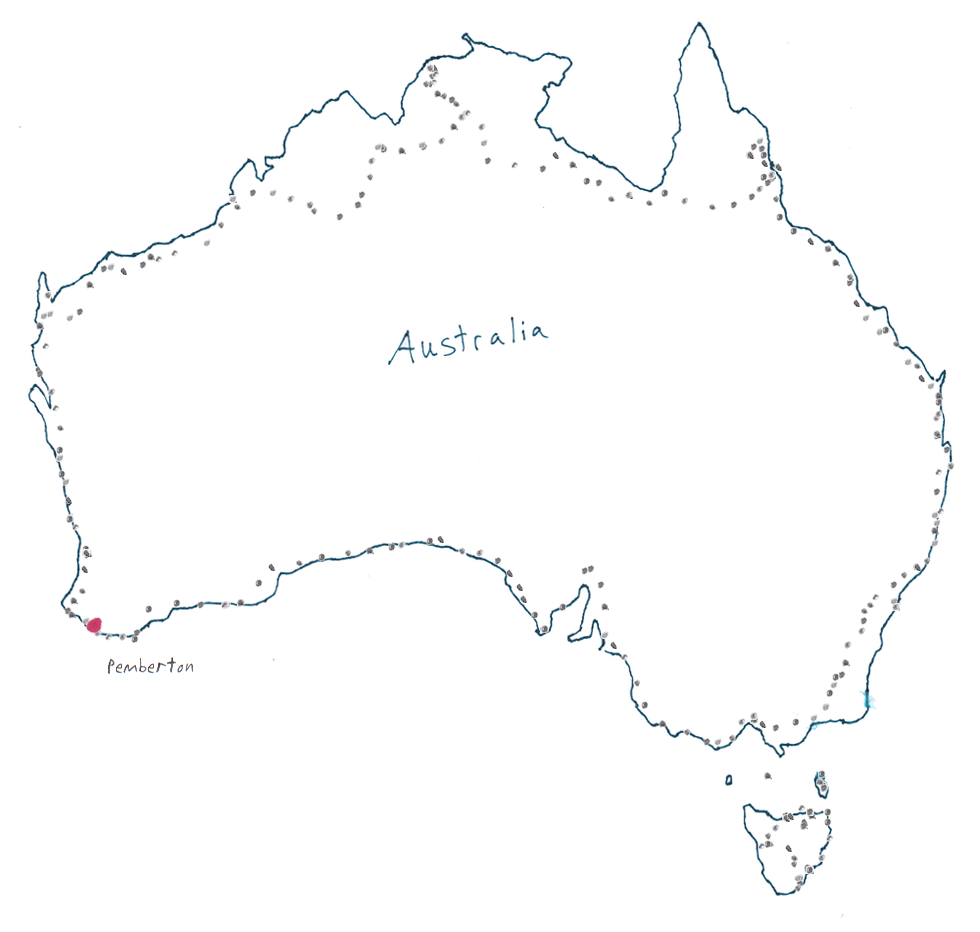 Made a yummy breakfast of pasta and tunafish. Heck with this oatmeal stuff, that does nothing for me except feeling hungry 11 minutes later.

So it turns out these woods weren't as woodsy as I thought, not 5km from where I camped was this big posh resort. It was more posh than Posh Spice. Went in there to get something to drink from the shop. Felt a little out of place being dirty and body-not-seen-hot-water in four days. I did put my hat on...so they couldn't see my greasy hair.

Reached Pemberton...bought a bunch of food. The hostel is 10km back out of town....part of which I road already. It was a nice ride though. The hostel was pretty cool, little houses and stuff all over, and a pen with some kangaroos in it that had been resuced when they were young joeys. Had to wait around a couple hours till the office opened again. Hung out in the BBQ area...goodd thing because the sky opened up and the rain came down. Aparently it hasn't rained in awhile here...so everyone seemed pretty stoked on it.

Met this guy from the Netherlands...we talked politics and he said he had rented the Mel Gibson movie "We were soldiers"...so we watched that. The tv/vcr was in the BBQ hut, so towards the end of the movie a backpacker tour bus pulled up. They were making all kinds of noise and I freakin' hate background noise during a movie. (Asked that guy I screamed at to shut up during a Richard Buckner show) It was a bit of a funny situation though, beacause it was right towards the end of the movie when all the action is going on. In walk all the tour bus kids and they see the TV with people being shot and blown up.