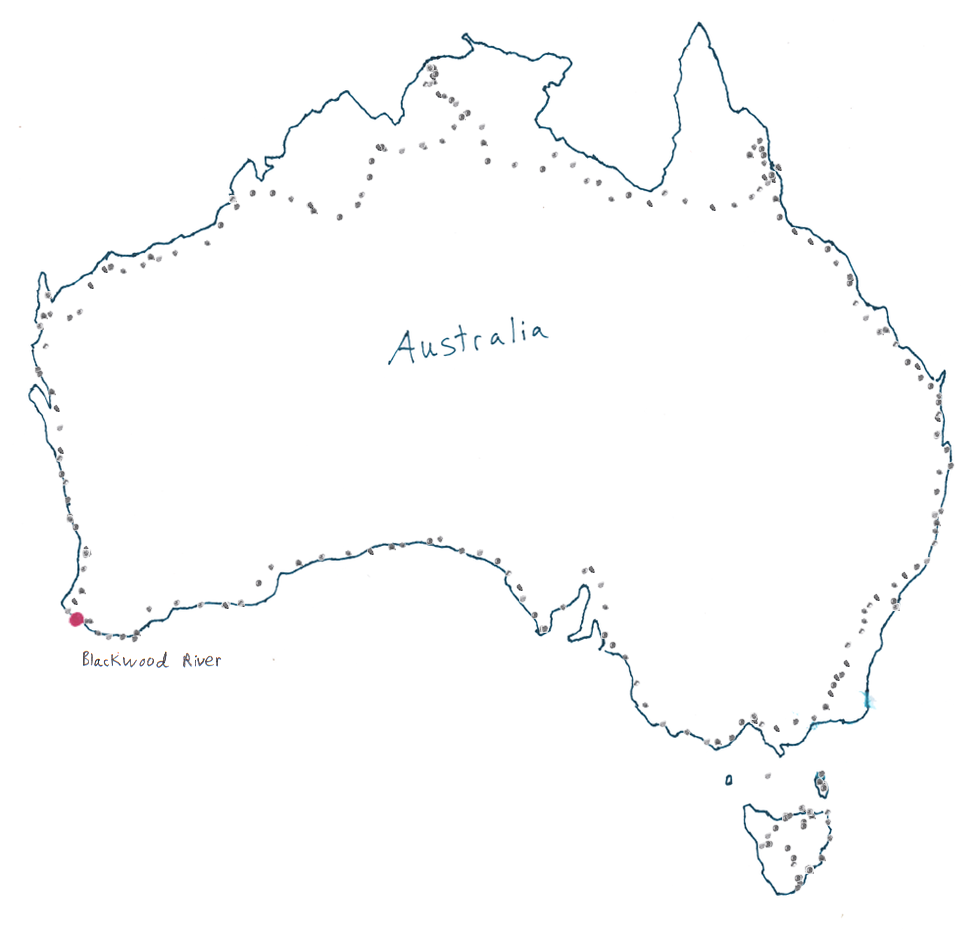 Today was alright with a few unusual suprises added in.

The cave didn't open up till 9:30 so I had some time to kill in the morning. I did updated some of the December entries on the travel site...of course dragging my butt long enough to get to the cave awhile after it opened. Got to the cave site, the same guy I met yesteray at the other cave was working here. I paid my 10 bucks and got a helmet and flashlight in return. The cave was pretty nice, nothing I really haven't seen before...but still nice to go though. Just as I get far enough into the cave I hear a couple of voices near the entrance asking if I can hold on. I asked if they got lights and they just snickered. Too cheap to pay to go in the cave. I told them I was going to be awhile in there. They insisted on coming along. I was a bit agitated but figured I'd just annoy the poop out of them so they wouldn't want to be around me. Here they are in a cave in thongs, no helmet, and no light. Stupidity should be painful as the bumpersticker says. I stopped every three inches to take a picture and act like i was really curious about a certain rock. I contiued along, not really shining the light back for them at all, just letting them follow me in the darkenss behind me. I asked/told them a couple times that I didn't think it was going to be a good idea...they insisted on coming along. I was just about ready to take up long-term meditation to really annoy them, but instead the ladders appeared. This cave has a lot of long ladders and drops with ropes you hang onto. Some of the ladders have hardly any clearance between the cave walls and the ladder itself. They saw this and finally got the message. I guided them back to the entrance and said goodbye. Alone and unannoyed I continued back though the cave. It was nice and cool down there, the only noise being the occaisonal drop of water. Apparently there is a large cave system on this whole stretch of coast and this was just one of them. About 3/4 of the way though the cave I met these two guys. They were from Perth on holiday. They picked up on my American accent and asked where I was from. We ended up the usual discussion of Mr. Bush and why is he so hell bent on starting a war with everyone. We all left the cave together...the exit was this small hole in the ground. Looking at it from the outside it is ard to belive such a cave exists down underground. Ok, getting a bit chaff writing here...I'll hurry up. Said goodbye to everyone at the cave office and pedalled off. These three girls about 15 stopped their conversation as I road past. I said high and they just stared, then went back to talking. It was a bit funny.

The ride to Augusta was uneventul. Couldn't really figure out if i wanted to stay there or go onward after visiting the lighthouse. Had a terrible meal of

Doritoes and mint cookies, then biked to the lighthouse. The lighthouse is at the southwestern most point in Australia. There was a little sign pointing to the Indian and Southern Oceans. I got a bit excited seeing the Southern Ocean again, I haven't seen it for 9 months now. The feeling became a bit moot when I realized I had already seen the Southern ocean about 15 minutes earlier and didn't make the connection. Took some pictures and started back to Augusta. Right after climbing the second to last steep hill into town, I saw three kids (ok guys since you might be reading this...young men) looking at me and approaching me as I got closer. As I got close one of them said..."Wanna beer!". Out he held two cans of beer. I laughed and stopped and talked to them for awhile and gave them this website address. (So everyone say hi to Scott, Damian, and Ashley)

Stopped at the store again since I decided to head onward. Talked to a German couple (who lived in Perth...hi if you are reading this) then left town. It was a pleasant ride though farmland and tree farms on a quiet country road. Right before I got to the main road again, there was a sign indicating the road I was on was closed ahead due to bridgework. I biked down there anyway. It looked like I could get through the construction area ok, just have to push the bike a bit. There was actually a construction vehicle there moving stuff, so I waited till he drove off and I scooted though. Found a spot to camp on an old dirt road near the Blackwood River. The wind is really blowing the trees above me right now..hopefully it won't rain cause I don't want to have to get up and cover all this stuff up.