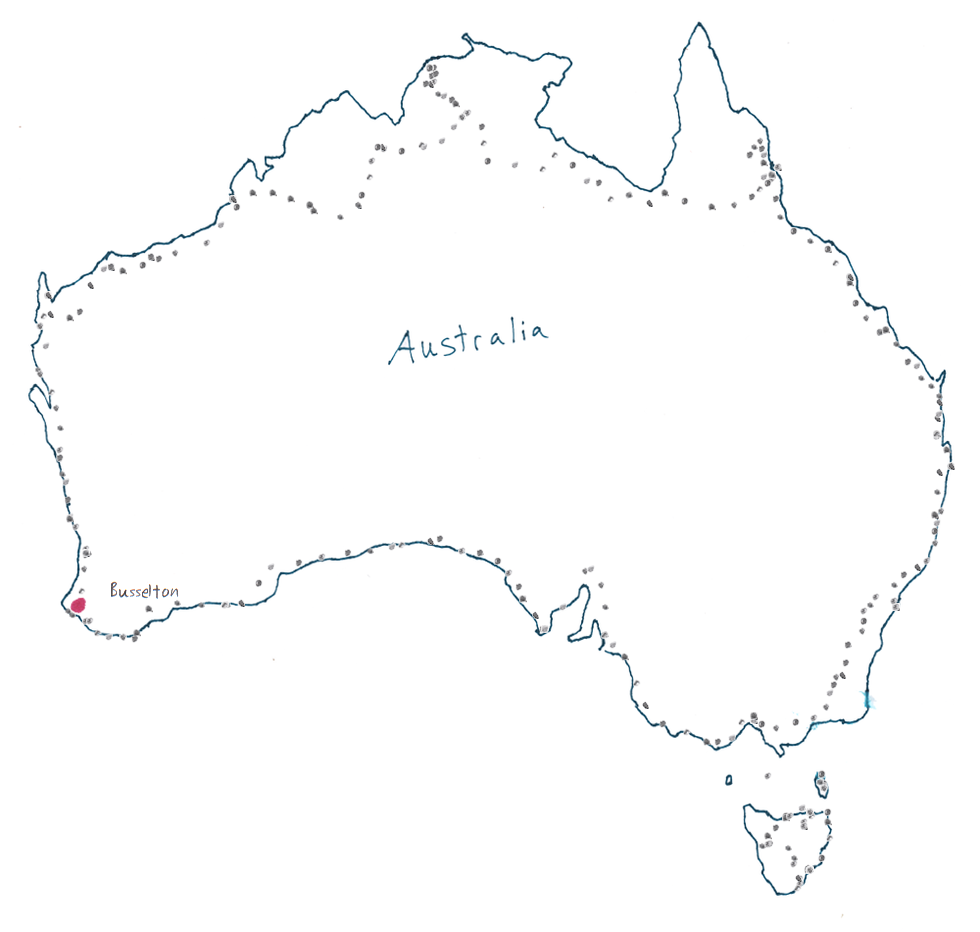 Was really tired this morning. Had breakfast & coffee with Brian, then he headed off to work. I met Carol a little while later. We talked for awhile and I told her about yesterday. She said the same thing happened to her one night riding home on the bike path. Some kids threw a bottle at her. At least I'm not the only one. I didn't make it out of the house until around noon. I headed off in what direction I thought the town center was. Wrong direction completely, even had to ask directions. One of the women I asked said to just go down to Ocean Drive and follow the beach to town...that way I could "perv" on all the young sheilas on the beach. I went down Ocean Drive and followed the beach to town. I saw about three girls...none of which were really worth "perving" on. I made it to the police station and filed the whole report business. I dunno what will become of it. I'm only 29 and already want to say "kids these days".

It took me awhile to get out of Bunbury, stopped and ate lunch (again). Found someone's keys (with alarm!) on the highway. I gave them to the woman at the Newsagent. I think this is the first full set of car keys I've found on the trip.

Awhile later I finally got to turn off the highway onto a nice quiet road. Saw a kangaroo trying to jump away from me, but he/she couldn't find a way though, so it just stood there. The ride was so nice and calm I forgot to pay attention to which roads I should be taking and I ended back out on the highway. I continued down the semi-busy, no shouldered highway. I saw a big black Mr. Giant Deadly Dead Snake on the side of the road. I originally couldn't tell if it was alive, but the flies pretty much summed up the story. I continued on into Busselton. Some girl rolled down her window and as they drove past she yelled "Get a car!". No thanks toots. I can't belive how rude drivers are down here. Only one car today actually waved at me. Up north every single car will wave to you, so I just got in the habit of waving at every car that went past. Useless down here. At least the non-motorized people are friendly here.

So I'm in Busselton, a town of about 24,000 people, and it is 6:30pm. All three of the huge grocery stores are closed already. So if you work a normal workweek, you can either go shopping on Thursday night, or spend the better part of a weekend at an extremely crowded grocery store (since everyone else can only shop then too). Foodland in west Busselton saved the day, heaven forbid should I have to eat some of that bland food that I've been carrying with me for the last 3,000km. All the caravan parks were crowded, I mean...really crowded. They all were like a small city, complete with a stage and some events going on for the kids. I finally found one outside of town. It is somewhat crowded here, but it must be less desirable because it is away from the beach and the bathrooms are painted a heavy turquoise. Tommorow I'll push south, might not stick totally to the coast since the road will probably be busy, I like these country roads better.

A couple of girls came over and talked to me for awhile (Hi Sara and Erin!). They wanted punk music recommendations...so I wrote them all on the back of the clock sign I gave them. (yup, Husker Du was on the list)