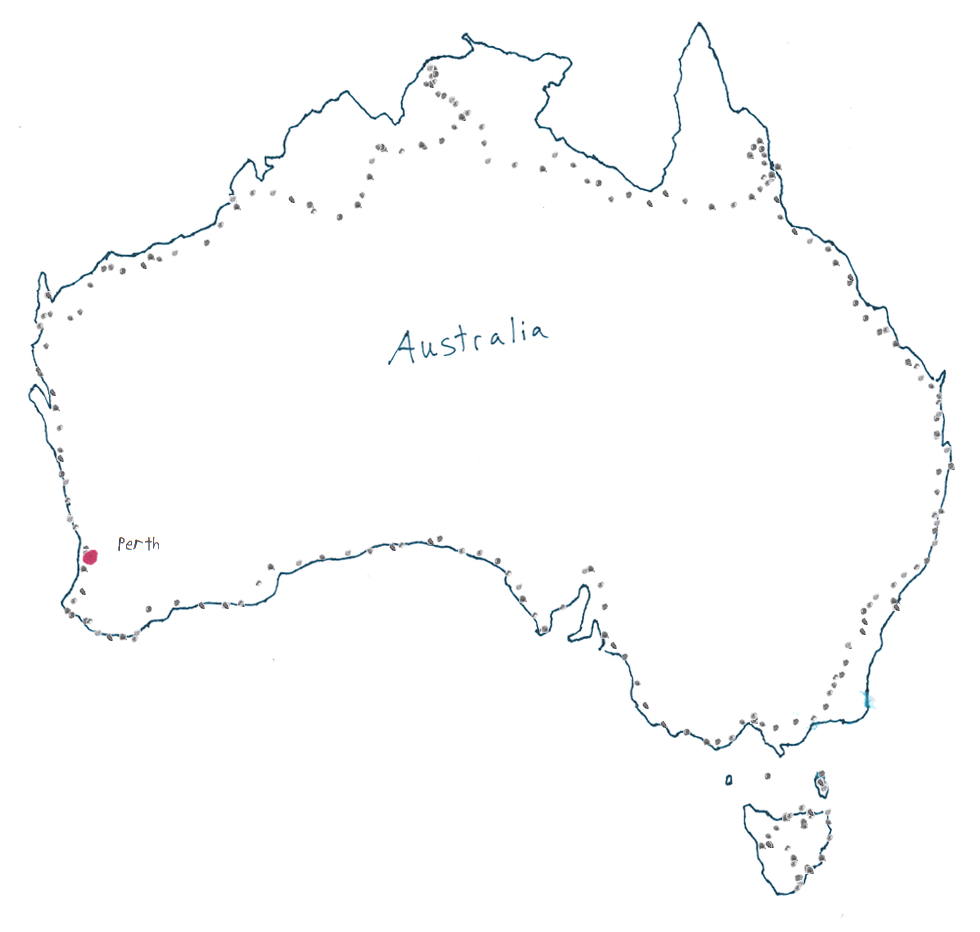 Didn't get to bed until about 3am (again) this morning, working on the clock site as usual. Took the dogs for a 2am walk. They heard the rustling of the plastic sacks and knew those were the poop bags...which meant they got to go for a walk. I was going to take them earlier but found another stupid bug on the clock site. I thought I had everything worked out with the submissions, then a guy from France wrote me saying that his picture was coming up blank. Took an hour to fix that. The clock site is fun, but it sure has it's downside at times. Anyway, took the doggies for a walk. If I was Jane Goodall I'd write something about Denali was acting a bit detached from Zelda and I, like he wasn't one of the group. I think it might have been the fact that Zelda nor I had the desire to pee on every single thing that lied between 70 and 90 degrees of vertical.

Woke up around 9am to the dogs barking. The mailman came with vacuum packed cookies from Katrina and Steve in Melbourne. (thank you!) Katrina was experimenting with vacuum packing cookies and wanted to know how well they mailed. I was going to save them for awhile, but I thought I'd better help her out with her experiment and eat 3/4 of them before getting back up to make coffee.

Made plans to meet Dave and Simon later on today. Had to get stuff ready to mail home and stuff. Somehow I ended up out of the house and down to the train station. Took the train to Fremantle. I was going to meet Simon at 3pm to go and see Bon Scott's grave. He was there already with a couple other people. Turns out he got a last minute gig taking down Christmas decorations and had to bag out. He's staying in Perth for awhile to make his bank account go the other direction..so those of you that have been reading this site...you probably won't be seeing Simon anytime soon.

Walked around Fremantle...nice place. Probably need to be staying here to have it to the fullest. My friend Jeff said this was one of his favorite spots in Australia. I walked to the tourist info place to get a map. The woman at the counter said hi. I wanted to go against my male instinct just ask where Fremantle cemetery was...so I did. She just said..."yes...Bon Scott's grave...go down high street and it is a long way off..you might want to take the bus". Oh great, now she has falsly pigeonholed me into one of those kids who likes to go find the burial places of rock stars. (Well, Jimi Hendrix, Buddy Holly, and the crash sites of Otis Redding, Stevie Ray Vaughn, Holly / Valens / Richardson... maybe I do need to be pigeonholed.

Got my haircut, yay, first one since Sydney. Oh yeah, went to mail stuff home and it was a bit funny. You have to show your ID now to mail stuff internationally. I must have been looking pretty sketchy. My passport is canceled, it says "Daniel" yet I put Craig on the customs form, and there was a $50.00 bill in my passport. When the postal clerk was looking at the passport I saw the $50 and grabbed it...he asked if it was a bribe. I saw the Hi-5 Christmas album there and said I had it memorized...he said "ugh, I'm sorry...makes you long to listen to classical music doesn't it?".

I'm on the train right now back to Joondanna..hence the much longer than normal writing about basically nothing.

Went out to yummy Chinese with Dave and a bunch of the usual gang. Said goodbye to everyone since I probably won't see them again. Dave and I went to see Machine Gun Fellatio. Funny how when I was walking through Fremantle earlier I heard a band warming up and I kept thinking how I should have gone and seen some live music while I was here. Now I was going. The show was a lot of fun and the music was good. Turns out I knew a lot of their songs from Triple J radio...but never knew it was them. Dave was a bit bummed that one of the singers (her name escapes me...Dave?) didn't take her clothes off like she supposedly does. Got back and...yep, worked on the clock site some more.