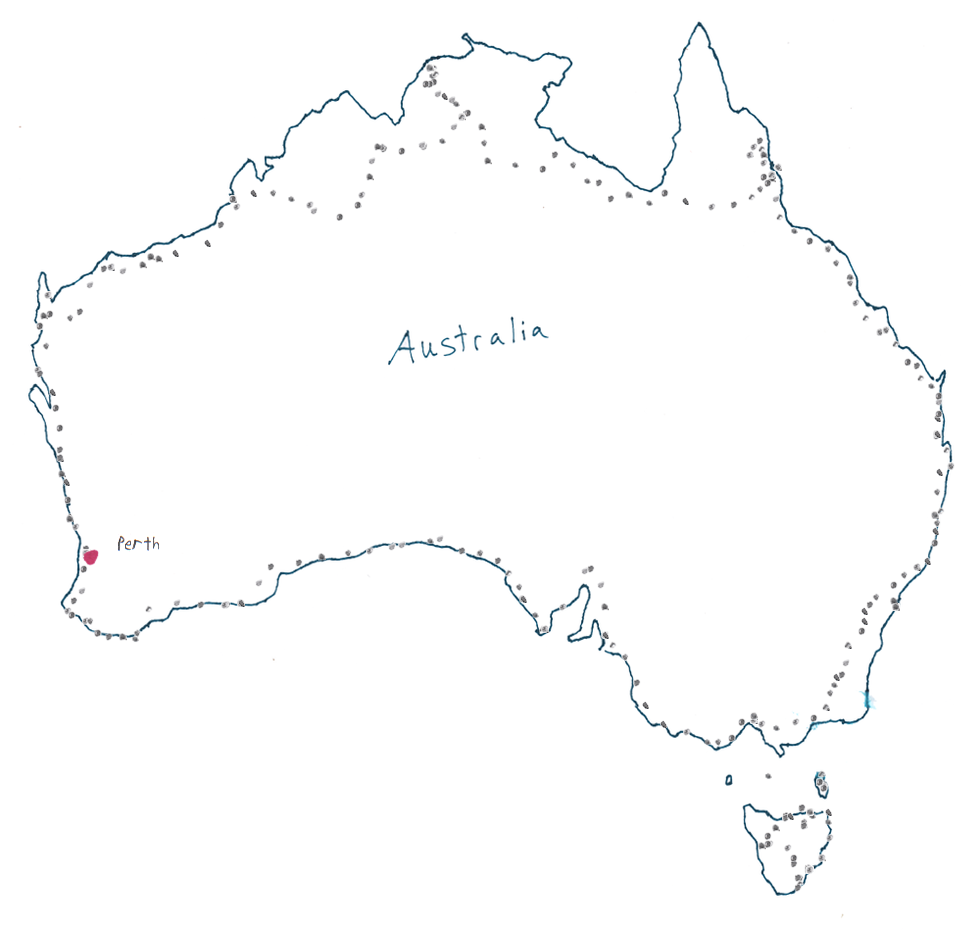 Dropped the bike off to get the baze-ons fixed. (The thingys that that rear rack screws into...they were all stripped). From there I walked to Leederville. Hung out in the 1:30 cafe and worked on Update #5...the lunch was yummy too. Very hot and muggy, I did a lot of walking today since I didn't have my bike. Went over to Sam's friend Nick and talked computer stuff. I'm going to get a webserver up and running for them. Went back and got my bike, all fixed and everything. The rack is very stout now, no more shakey shake business.